Israel demolishes a house in the Arab town of Tira 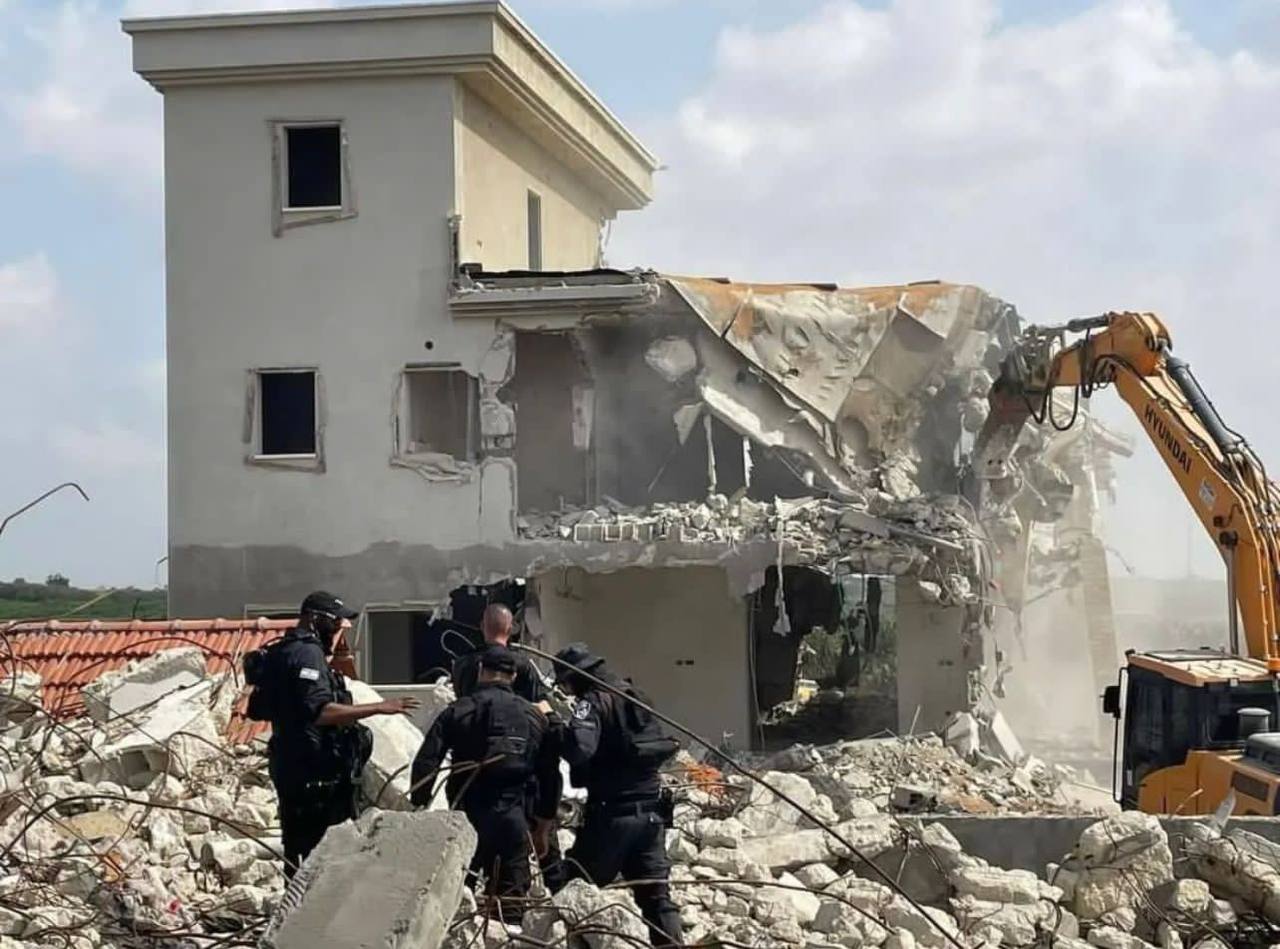 TIRA, Sunday, June 12, 2022 (WAFA) – Israeli occupation authorities demolished today a two-storey house in the Arab town of Tira, in 1948-occupied Palestine, under the pretext that it was built without an Israeli permit, according to media sources.

Arab 48 website said Israeli police forces accompanied by bulldozers raided the town and cordoned off the house of Samer Titi, a local Palestinian citizen, before proceeding to demolish it under the pretext of lacking an Israeli construction permit. The house has been uninhabited until the moment of the demolition.

Houses and structures Arab cities and towns in Israel are a frequent target for demolitions as Israeli authorities make it very difficult for Arab citizens to obtain building permits.

Currently, hundreds of Palestinian-owned homes in Israel are scheduled for demolition, with many accusing the government of selectively carrying out demolitions in Israel’s indigenous Arab communities while allowing Israeli settlers free access to housing and expansion.