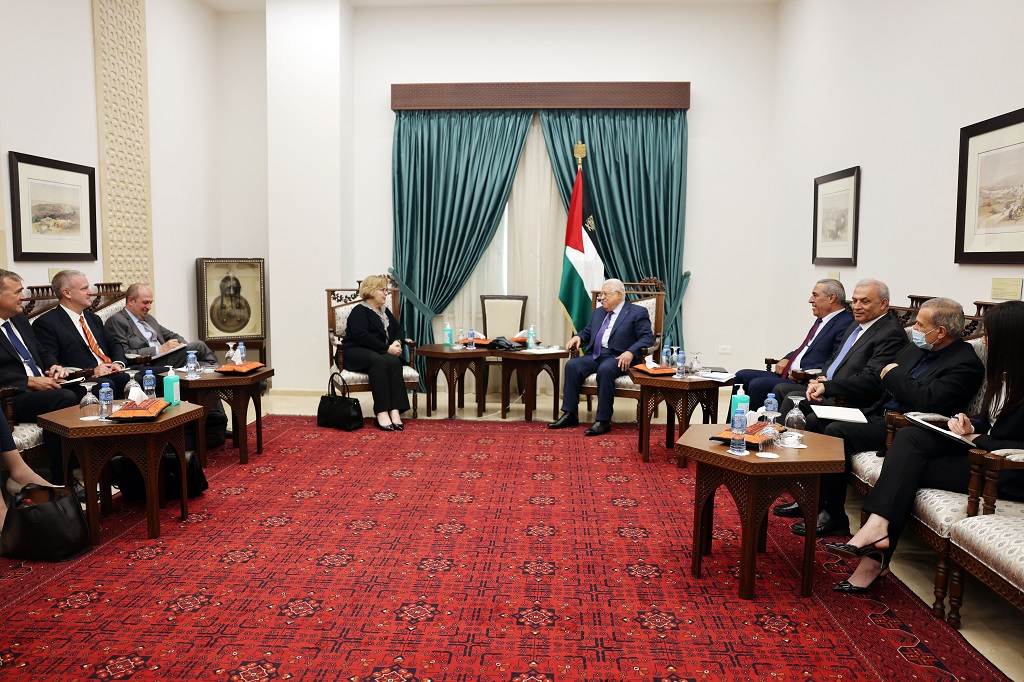 RAMALLAH, Saturday, June 11, 2022 (WAFA) – President Mahmoud Abbas said today that the current situation cannot be tolerated in the absence of a political horizon and international protection for our Palestinian people, and in light of Israel’s failure to fulfill its obligations in accordance with signed agreements and resolutions of international legitimacy.

Speaking at a meeting with a US delegation headed by the Assistant Secretary of State for Near East Affairs Barbara Leaf, the President said, “Our goal is to get rid of the occupation on the basis of the resolutions of international legitimacy. East Jerusalem is and will remain forever the capital of the State of Palestine.”

He affirmed, “We will not compromise on our national principles and we will remain steadfast in our land. It is time for the occupation to leave.”

The President stressed that the Palestinian leadership “is in the process of taking measures to confront the Israeli escalation, in light of the inability of the international community to compel Israel to comply with the resolutions of international legitimacy, and to stop its criminal and occupying practices of ethnic cleansing and racial discrimination.”

President Abbas also stressed the need to remove the Palestine Liberation Organization (PLO) from the US list of terrorism, to reopen the US consulate in East Jerusalem and the PLO office in Washington as a full and committed partner in the peace process, and to stop all unilateral actions.