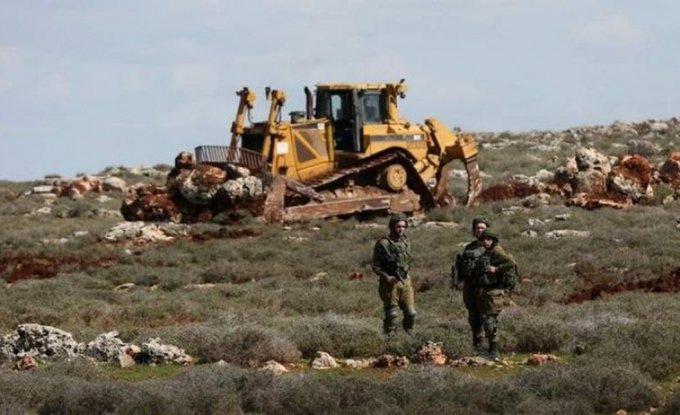 NABLUS, Tuesday, June 7, 2022 (WAFA) – Israeli soldiers today prevented Palestinians from working on their lands in the village of Qusra, south of the northern West Bank city of Nablus, according to a local developer.

The developer, Abdul Aziz Hamayel, told WAFA that while reclaiming lands in the southern part of the village, Israeli soldiers accompanied by staff from the so-called planning and zoning committee in the Israeli military government ordered him to stop work on the land and leave the area, claiming the land is in Area C, which is under full Israeli military rule.

Hamayel stressed that the land is classified as Area B, which is under Palestinian administration, but the Israeli staffers rejected his claim and threatened to confiscate his equipment if he continues to work in the land.

The 1993 Palestinian-Israeli Oslo Accords divided the West Bank into areas A, B, and C. Area A is under full Palestinian control and includes the main cities, Area B is mainly the villages and towns under Palestinian administration and Israeli security control, while Area C, which makes up over 60 percent of the area of the West Bank and the least inhabited, is under full Israeli military control.