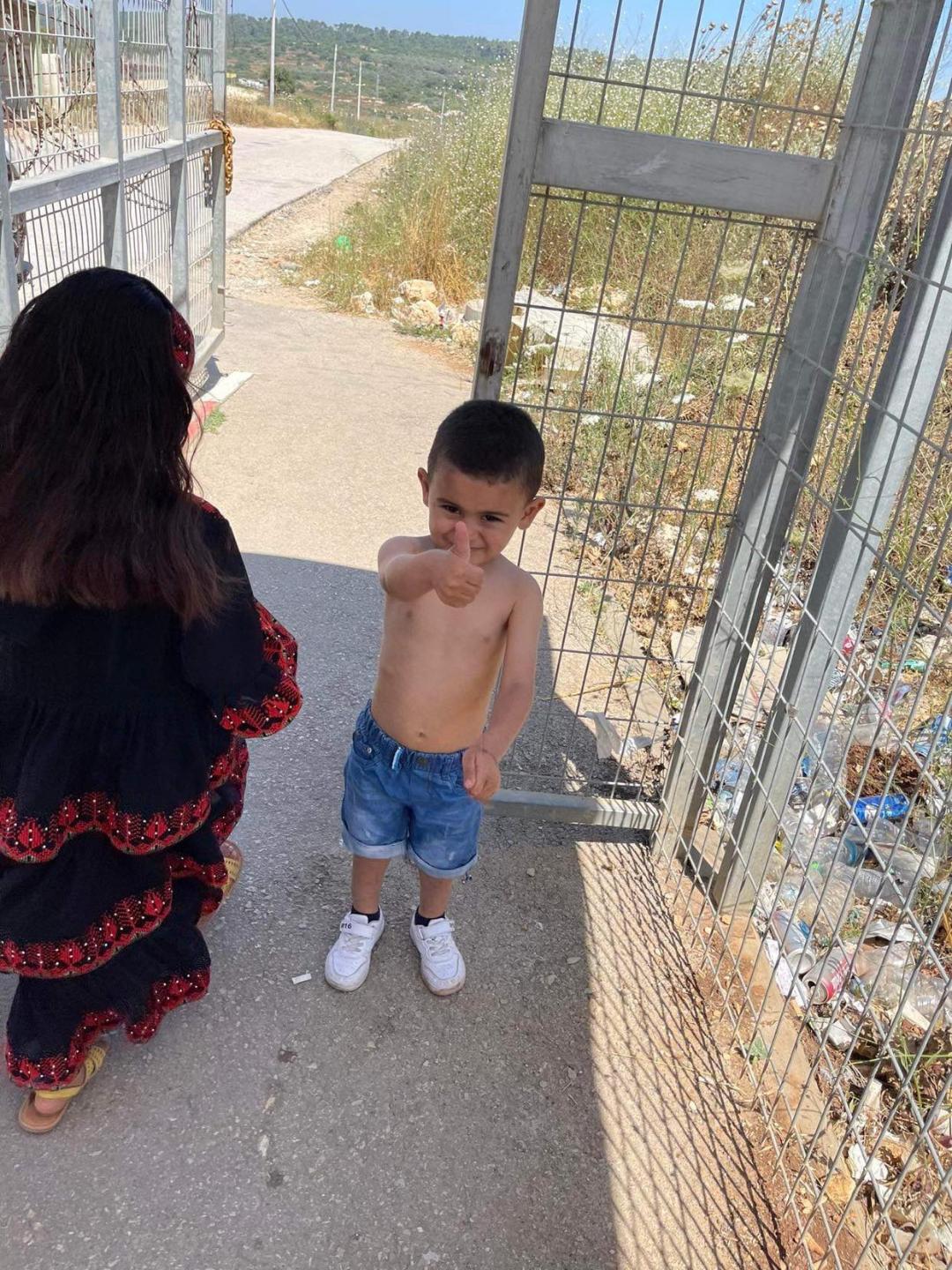 JENIN, Sunday, June 5, 2022 (WAFA) – Israeli occupation forces stationed at Tura military checkpoint to the southwest of Jenin, in the northern occupied West Bank, forced a Palestinian mother to undress her three-year-old child because he was wearing a T-shirt with a riffle drawing on it.

The child’s parents said during a telephone call with WAFA that the mother was stopped by Israeli soldiers stationed at the aforementioned checkpoint, and forced to undress her child for having a riffle drawing on his T-shirt.

The child was left to go home shirtless after soldiers confiscated his T-shirt.