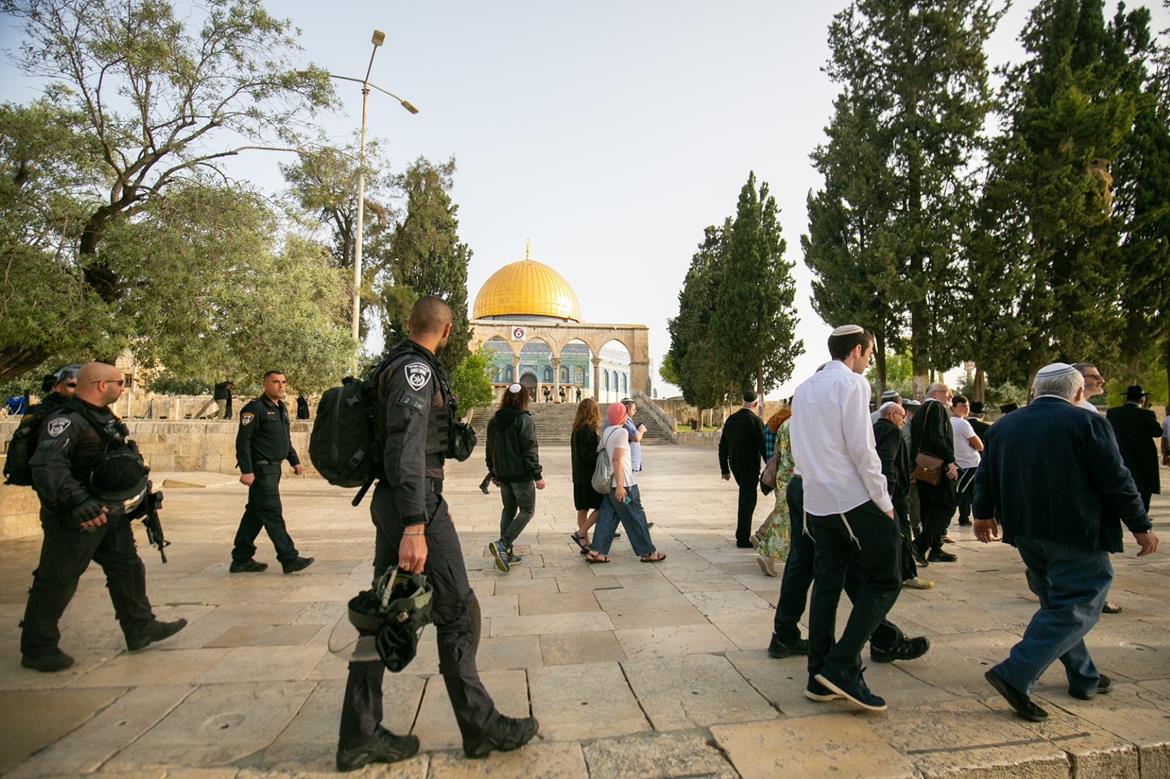 JERUSALEM, Sunday, May 08, 2022 (WAFA) – Scores of Israeli settlers escorted by Israeli police broke into the Al-Aqsa Mosque compound in occupied Jerusalem earlier this morning and performed rituals across its courtyards, according to witnesses.

Palestinians and Muslim worshipers were denied access into the holy site by Israeli police during the presence of the Israeli settlers, she added.

The latest development comes after nearly month-long tensions fueled by increased presence by hardcore Israeli settlers inside the holy site during the past Muslim holy month of Ramadan.