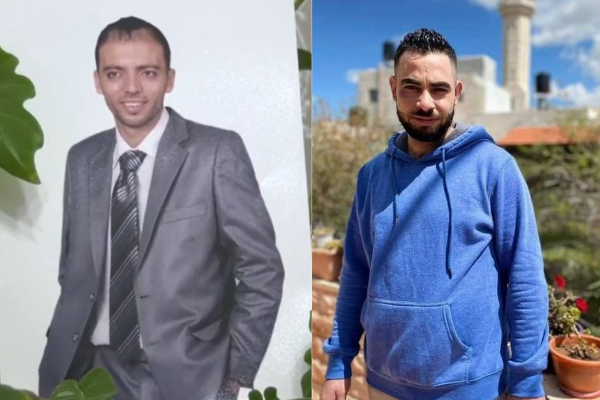 RAMALLAH, Saturday, April 30, 2022 (WAFA) – Two Palestinian administrative detainees in Israeli prisons currently remain on hunger strike for 58 and 24 days in a row in protest of their unfair administrative detention without a charge or trial, according to the Detainees Affairs Commission.

Khalil Awawdeh, 40, from the town of Idna, in the southern West Bank Hebron district, has been on hunger strike for 58 days in protest against his prolonged administrative detention without charge or trial.

He is reported to be suffering from headaches, fatigue, pain in the joints, irregular heartbeats, frequent vomiting and significant loss of weight after 58 days of hunger strike.

The other prisoner, Ra’ed Rayyan, 27, from the village of Bayt Duqu in the West Bank province of Jerusalem, has been on hunger strike for 24 days demanding termination of his detention without charge or trial.