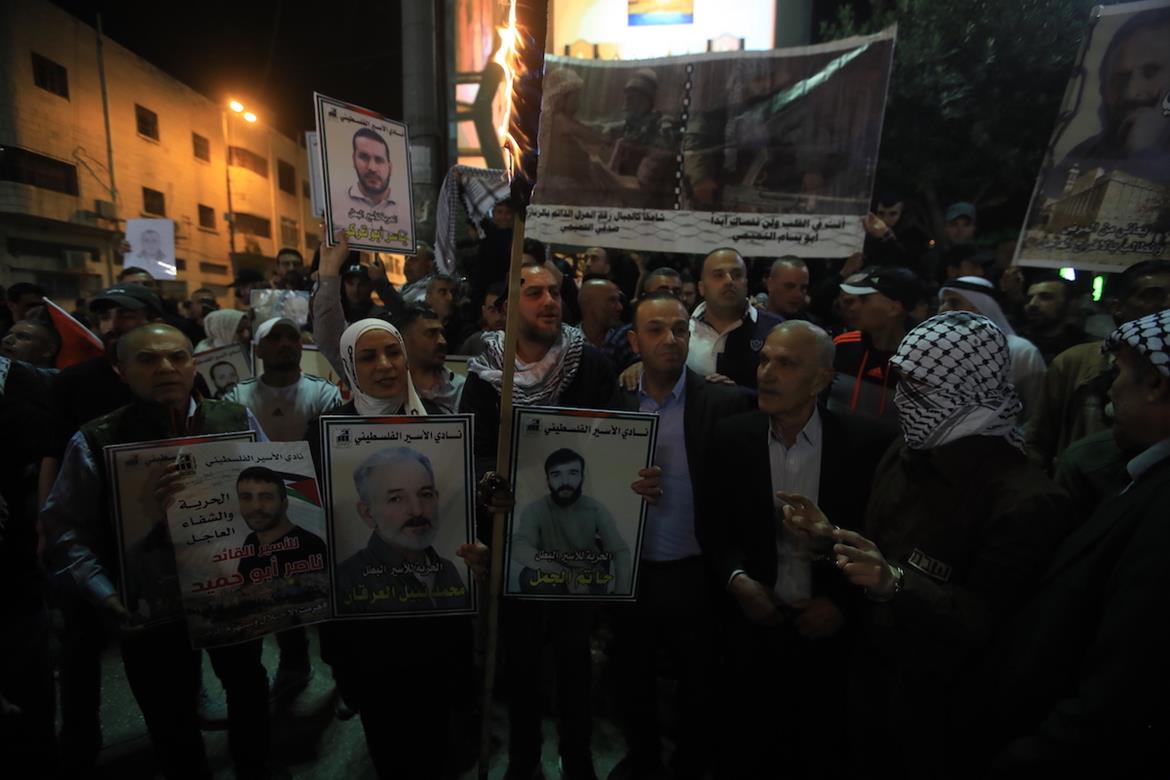 WAFA correspondent said that dozens of Palestinians participated in a rally that took off from Bab Zqaq area on the Bethlehem-Hebron Street to mark to mark Palestinian Prisoners’ Day.

The participants in the rally, one of several held across the occupied territories, held banner showing solidarity with prisoners in Israeli custody.

Israeli soldiers cracked down on the rally that headed to the northern entrance of the city, hitting a participant by a live round and causing dozens to suffocate from tear gas.

Palestinian Red Crescent medics confirmed that the casualty was hospitalized for moderate injuries from a live round in the foot.

The heavily-deployed soldiers violently dispersed the participants in the rally, injuring one by a live round and causing dozens others to suffocate.

In the meantime, a Palestinian sustained gunshot injuries in confrontations with Israeli police in the East Jerusalem neighborhood of al-Tur.

Since the beginning of 2022, Israeli forces have inflicted a campaign of collective punishment on the northern West Bank city of Jenin via violent mass arrest, arresting over 200 of the city's residents, with 100 arrests taking place in March alone. According to the Palestinian Prisoners’ Society, some 500 Palestinians from Jenin, including three women and around 10 children, are currently in Israeli jails.