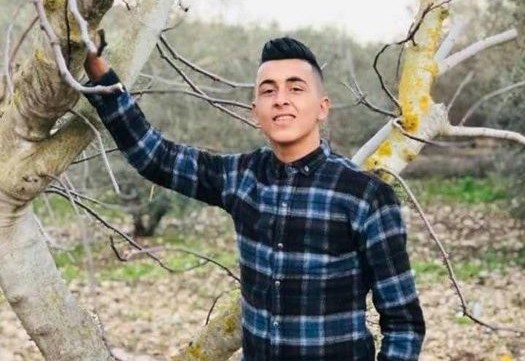 JENIN, Friday, April 15, 2022 (WAFA) – A Palestinian teen Friday dawn succumbed to his injuries sustained from Israeli military gunfire in Kafr Dan town, northwest of Jenin, according to the Health Ministry.

The Ministry announced in a press statement that 17-year-old Shawkat Kamal Abed, a resident of the town, succumbed to his serious injuries he had sustained on Thursday after being shot by Israeli military gunfire during raid in the northern West Bank district of Jenin.

Abed was rushed to Ibn Sina Hospital in Jenin, where he was pronounced dead afterwards.

Abed’s death brings the total number of Palestinians gunned down by Israeli forces from Wednesday morning to seven.