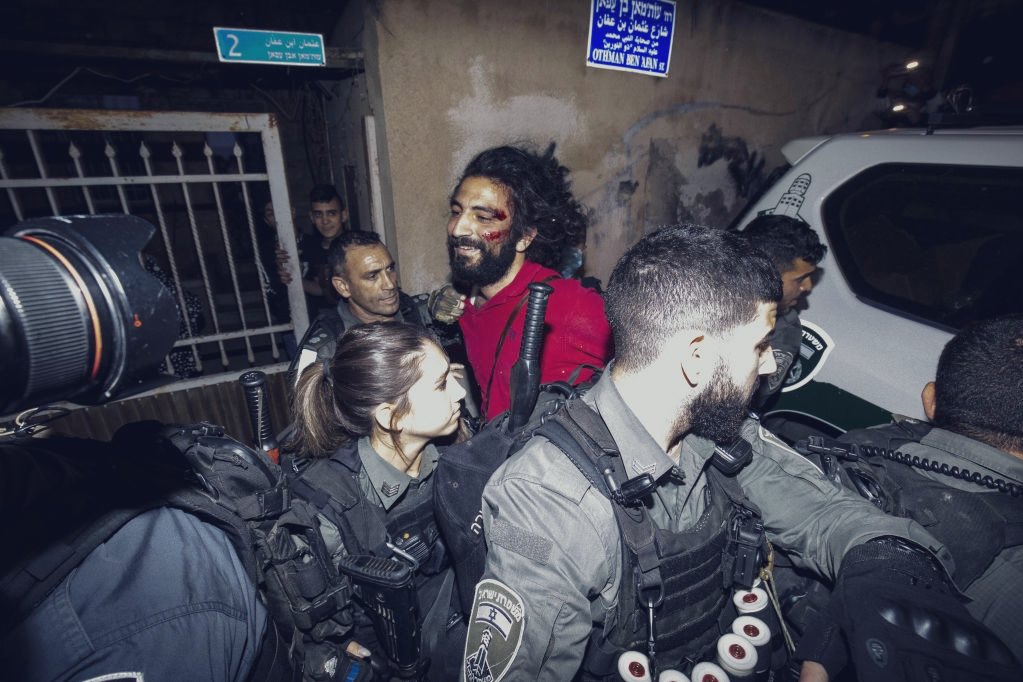 They said that heavily-armed Israeli police rounded up 12 Palestinians from the vicinity of Bab al-Amoud, also known as Damascus Gate, in East Jerusalem.

Police also rounded up two minors from the Jerusalem neighborhood of Beit Hanina.

In the southern West Bank, Israeli forces rounded up three others in multiple raids across Hebron district.

In the northern West Bank, the sources confirmed a raid in Nablus city, resulting in the detention of another.

The soldiers showed up at several houses in al-Yamun town, west of Jenin, muscled in, interrogated the occupants and conducted a thorough search. No detentions were made though.

They re-arrested two other former prisoners and assaulted them after stopping them at the Dothan military checkpoint, south of the city.

The prisoners were identified as residents of Qaffin town, north of Tulkarm.