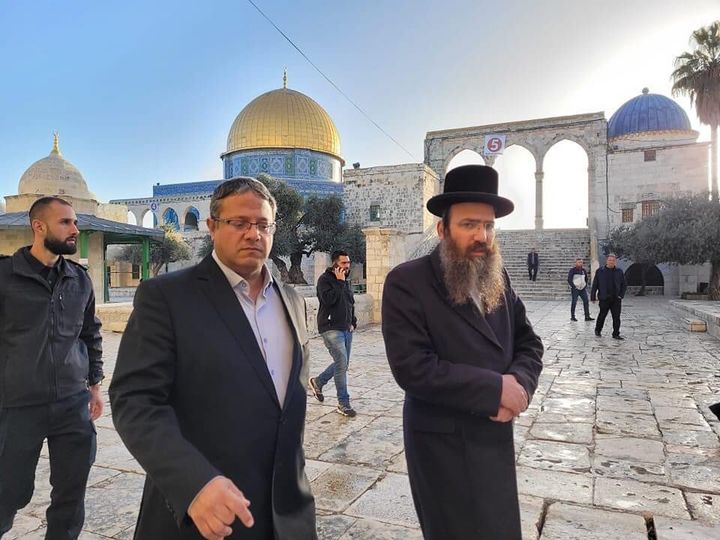 AMMAN, Thursday, March 31, 2022 (WAFA) – The Jordanian Ministry of Foreign Affairs and Expatriates has condemned the presence of the ultra-nationalist Israeli lawmaker Itamar Ben-Gvir in Al-Aqsa Mosque in occupied Jerusalem early today, describing the visit as a breach of the historic status quo at the holy site.

Haitham Abulfoul, a spokesman for the Jordanian Foreign Ministry, affirmed that the “entire area of the Mosque is a pure Muslim place of worship,” and that the “Jordanian Department of Al-Aqsa Mosque Affairs is the sole body in charge of running the affairs of the Mosque and those who can visit it.”

“Provocative visits by extremists [to Al-Aqsa Mosque] are a violation of the existing historical and legal status quo and of international law,” Abulfoul said in a press release.

Under the signed agreements, the Department of Al-Aqsa Mosque Affairs, an arm of the Jordanian Ministry of Awqaf, is entrusted with running the daily affairs and guarding the courtyards of the Al-Aqsa Mosque compound in occupied Jerusalem.

Israel captured East Jerusalem from Jordan during the Six-Day War in 1967 and later declared it the united capital of Israel, a step never recognized by the majority of the global community.