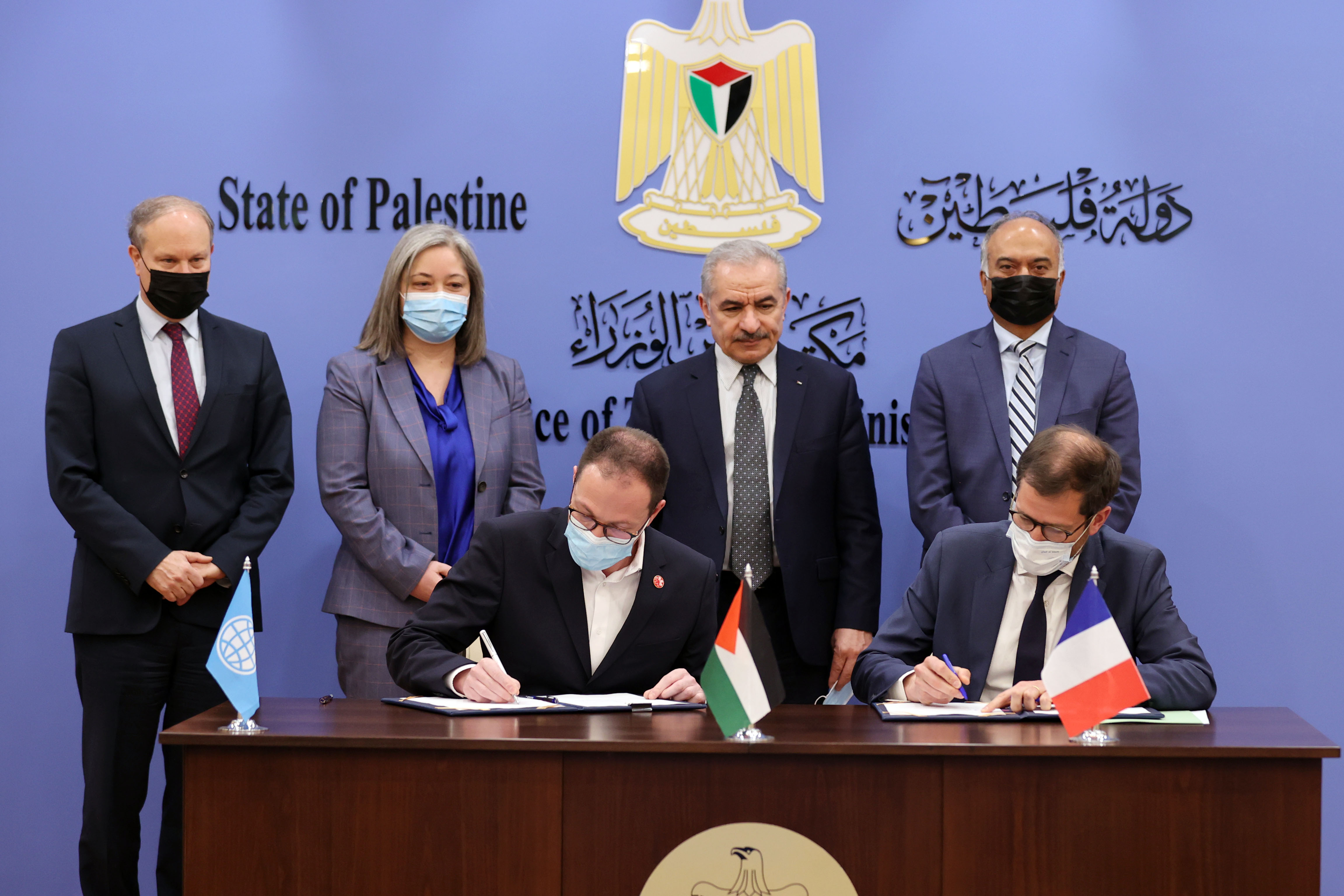 Under the auspices of Prime Minister Mohammad Shtayyeh and at his office in Ramallah, several agreements were signed with  Agence française de développement (AFD) to support the implementation of an archaeological restoration and seawater desalination projects in the besieged Gaza Strip in addition to a water carrier project in the West Bank.

As part of the first agreement, €11.8 million are allocated for the restoration of Saint Hilarion Monastery, also known as Tell Umm Amer, south of Gaza City in the coastal refugee camp of Al-Nuseirat. The funding of the restoration works is intended to inscribe the Byzantine-era site to the UNESCO World Heritage Sites list.

The project involves the erection of a canopy to protect the site and the construction of a solar power generation plant. It will be implemented Première Urgence Internationale (PUI).

The second agreement involves the allocation of €7 million for the construction of the water carrier/ nexus project in the central West Bank, west of Ramallah. The project includes the expansion of water networks for some 40 kilometers, the construction of a water reservoir in addition to 6 pumping stations.

As for the third agreement, it allocates €10 million for the Gaza Central Desalination Plant and Associated Works Project with the purpose of increasing the quantity and improving the quality of water supplied to 16 municipalities in the besieged strip.