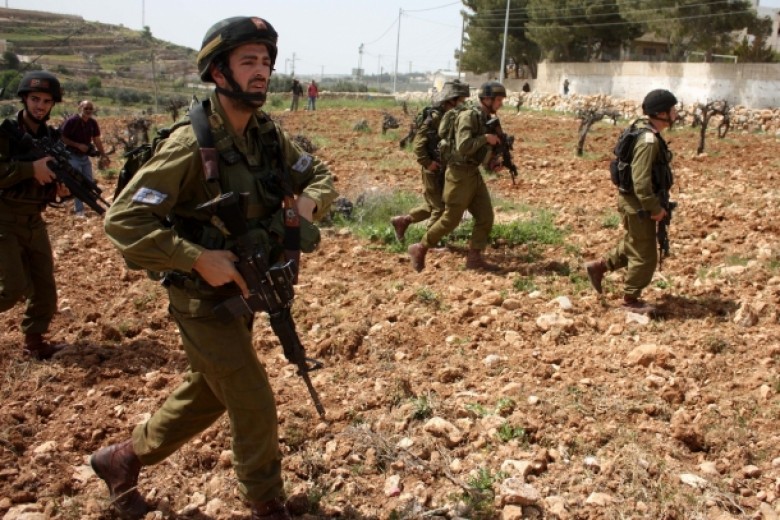 He said that soldiers fired teargas canisters at the villagers when they attempted to access the 300 dunums of their olive and almond groves in the eastern part of the village, recently seized by the Israeli military, causing a number of people to suffocate.

This came just two days after a group of Israeli settlers from the nearby encroaching illegal colonial settlement of Magdalim installed caravans on village lands with the aim of expanding the settlement and less than a week after the armed guards of the colonial settlement of Esh Kodesh, south of the town, used a military bulldozer to close with dirt mounds the road used by the villagers to access their lands.