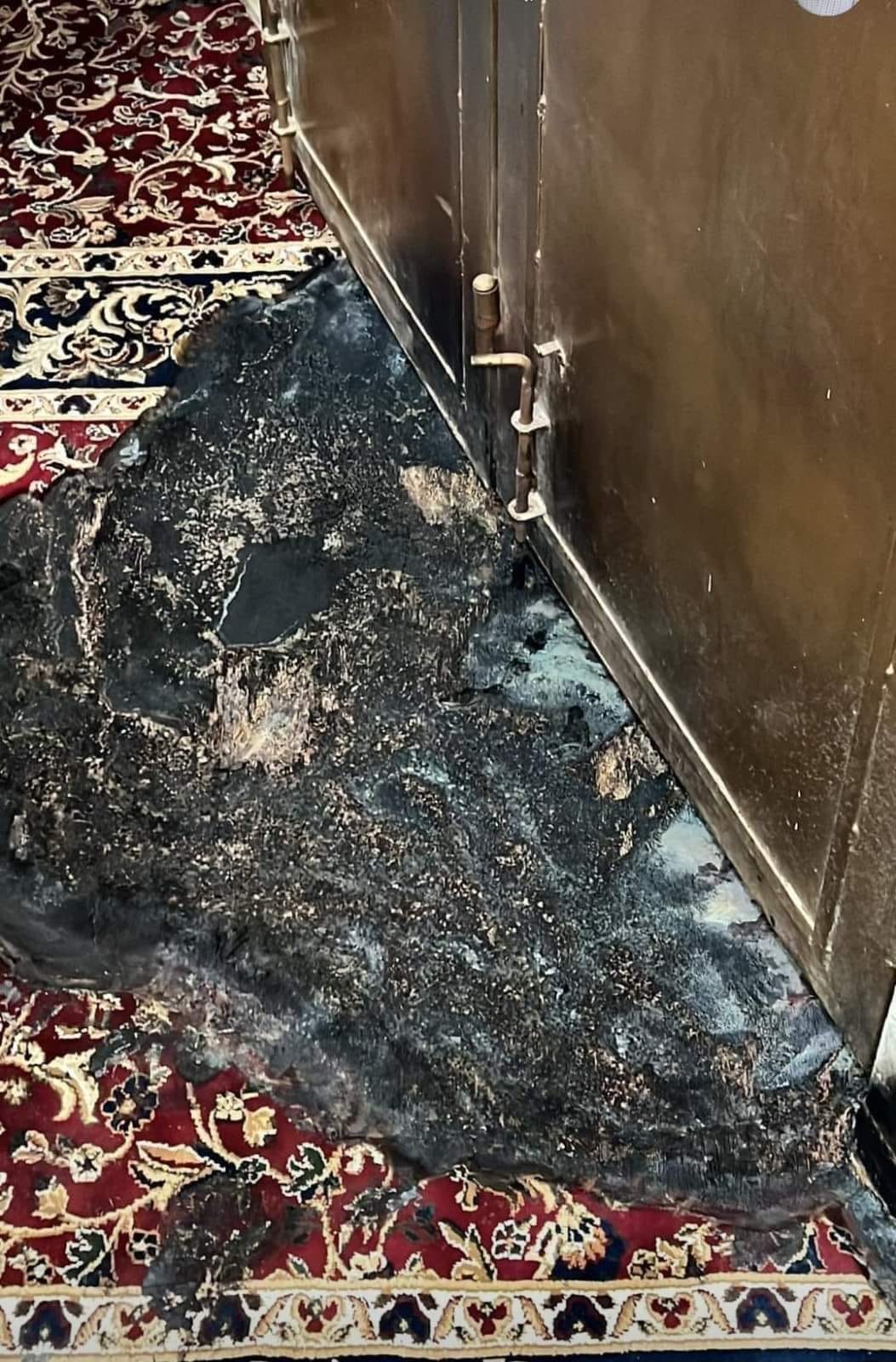 Part of a mosque in Zeita Jammain village set on fire by Israeli settlers.

NABLUS, Thursday, March 24, 2022 (WAFA) – Israeli settlers today torched parts of a mosque in Zeita Jammain village, south of the northern West Bank city of Nablus, according to a local official.

Head of the village council, Zeid Ramadan, said that a group of settlers sneaked into the village, and throw a highly flammable substance at the entrance of the local mosque, setting the carpet on fire.

The settlers, Ramadan added, scrawled anti-Palestinian and anti-Arab hate graffiti on the wall of a nearby house before they fled the scene.

Meanwhile, Ghassan Daghlas, who monitors colonial settlement construction in the northern West Bank, cautioned against an upsurge in settler attacks against Palestinians, including attacks against mosques along the area extending from the north of Ramallah to the south of Nablus.

Settlers yesterday attacked a mosque, a clinic and damaged 21 Palestinian-owned vehicles in the village of Mikhmas, northeast of Jerusalem.