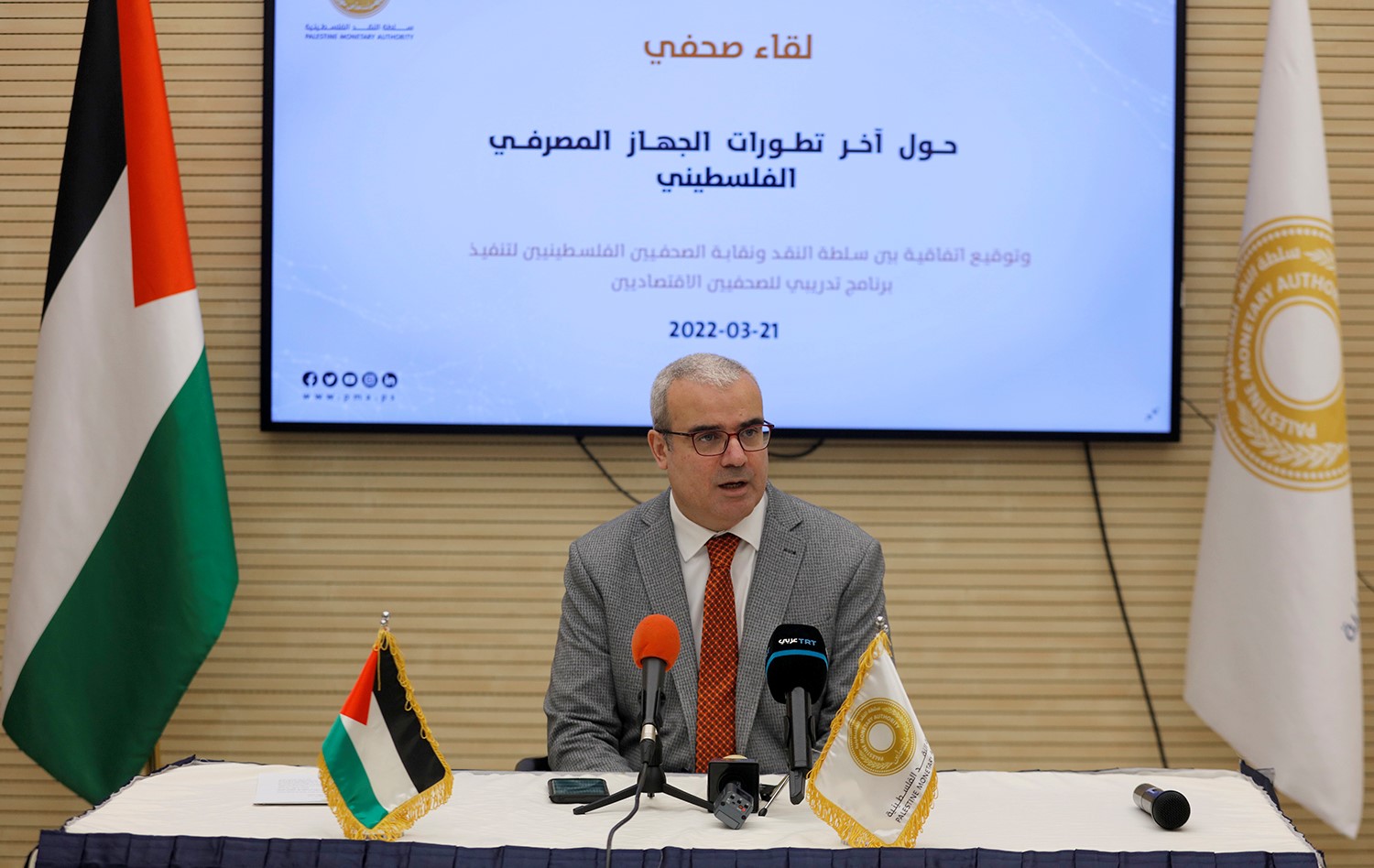 RAMALLAH, Monday, March 21, 2022 (WAFA) - Palestinian workers in Israel are expected to start getting their wages through banks located in the occupied territories sometime before the end of this year, today said Firas Melhem, the Governor of the Palestinian Monetary Authority (PMA).

"Wages of the workers will be made through local banks. We are following up on this matter with the Israeli side, and we hope that this will be done before the end of this year," Melhem told reporters in Ramallah.

He stressed that transferring the salaries of workers in Israel through banks will not result in additional costs, saying, "We discussed the matter with the Ministry of Finance, and we assure the workers that there will be no double taxation."

The PMA Governor explained that this step "is in the interest of the workers and for their benefit, as it ensures that the Israeli employers do not tamper with their entitlements, in addition to providing the opportunity for these workers to benefit from banking services."

He said that this step also contributes to shrinking the problem of the accumulation of the Israeli shekel currency in the Palestinian market at a time the Israeli side procrastinates in accepting the surplus of its currency in the Palestinian market. “We are always faced with the question about the source of this money,” he said, explaining that the workers in Israel inject around 18 billion shekels ($5.5 billion) in the market, which is in excess of the agreed quota of 13 billion shekels that will be returned to Israeli banks.

Melhem said that the PMA's strategy for the next stage is to change to digital banking, including expanding electronic payment operations instead of cash transactions.

He said that the PMA intends to license digital banks to expand the scope of electronic financial transactions, in parallel with the government's efforts to launch an electronic services platform.

Regarding the PMA’s expectations for the economy in the next stage, Melhem said, “We expect growth this year between 3 and 4%, compared to a growth of 6% in 2021, and a contraction of about 11.3% in 2020 due to the Corona pandemic.”

He said, "The growth this year depends on developments at the local, regional and international spheres, but in any case, the economy is going on the path of growth, and this makes us happy."

There are financial difficulties, and this is not something new, but we hope that foreign aid will be resumed, whether from the European Union or Arab countries.

He pointed out that banks in Palestine are operating in a difficult environment, but all 13 banks are in excellent shape, as assets are growing at a good pace and reaching $21 billion, as well as deposits, which have reached $16.5 billion.