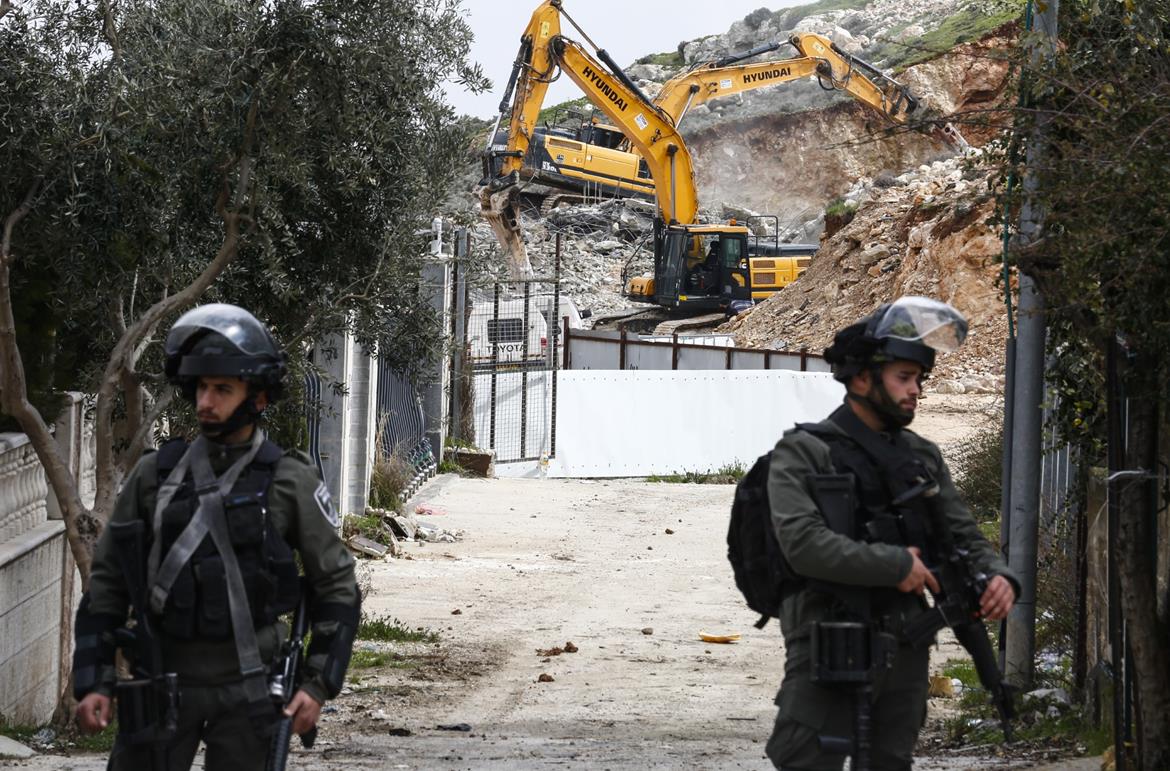 WAFA correspondent said the building consists of two floors each 200-square-meters in area and owned by two local residents.

Wissam Jouwailes, one of the two owners of the building, said he built his apartment about a year ago at a cost of about $200,000, noting that the Israeli authorities notified him two months ago to halt construction and that he has been working since then to obtain the necessary permits.

He added that he was surprised by the army raid of their neighborhood and the demolition of the building without any prior demolition notice.