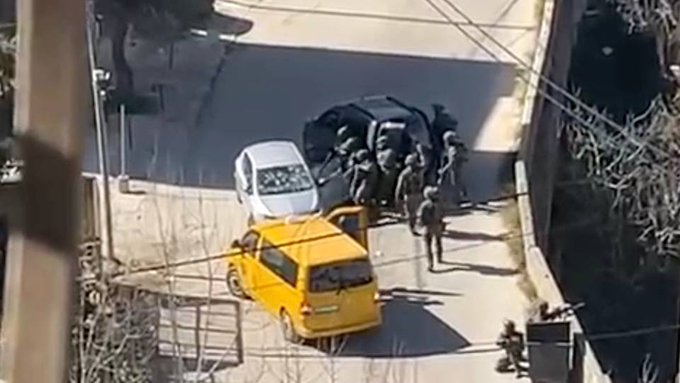 Israeli soldiers standing next to the car riddled with bullet holes after assassinating three Palestinians who were inside it in the city of Nablus.

The Ministry of Health confirmed the death of the three Palestinians, who were identified as Ashraf Mubaslat, Adham Mabrouka, and Mohammad Dakhil.

Footage of the assassination showed a car riddled with bullet holes as a number of soldiers were standing next to it. The soldiers left the area after the attack.

Some reports said four people were actually in the car and the fourth was detained by the soldiers.

Israel claimed the Palestinians were responsible for shooting attacks at army posts in the Nablus area.