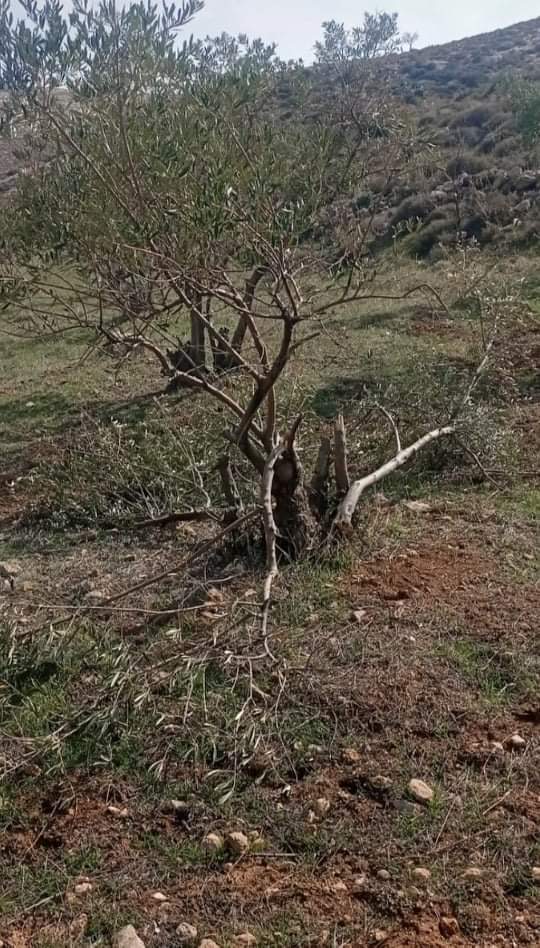 BETHLEHEM, Monday, January 31, 2022 (WAFA) – Israeli settlers today cut down more than 100 olive trees in the Rashaydeh village, east of the southern West Bank city of Bethlehem, according to a local official, and let their cattle loose in the farmlands.

Hasan Breijieh, director of the local office of the Wall and Settlements Resistance Commission, told WAFA that settlers from the illegal settlement of Abi Hanahal destroyed 100 olive trees in the village.

He said before this act, the settlers had let their cattle loose in the village’s farmland to eat the crops.