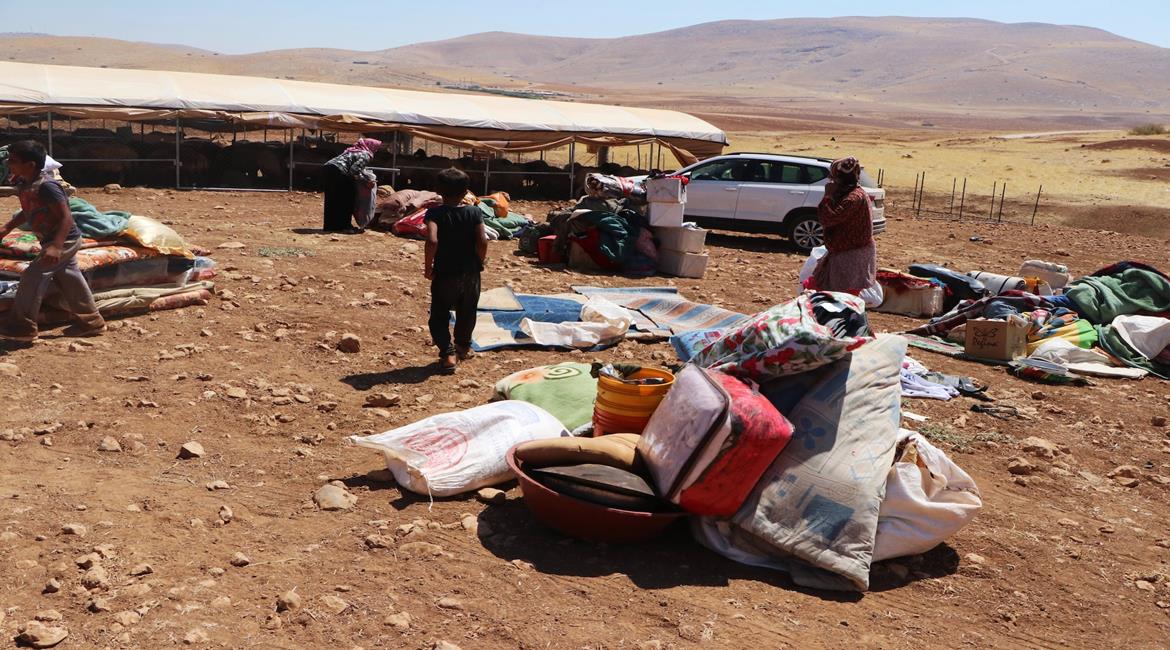 The demolition of structures in Khirbet Ibziq last month by the Israeli occupation forces left many families homeless.

RAMALLAH, Wednesday, January 12, 2022 (WAFA) – The Settlements and Wall Resistance Commission said today that it has obtained an Israeli court injunction preventing the Israeli forces from evicting five families from their homes in Khirbet Ibziq, in the northern Jordan Valley, or demolishing their tents.

The Commission’s legal advisor, Ayed Marrar, said the injunction concerns the five families whose facilities were demolished in late December and were forced out of their homes several times by the Israeli army under the pretext of conducting military drills in the area.

The injunction prohibits the army from forcing the families out of their homes, as well as demolishing or seizing their residential tents.

The five families have suffered over the past month and early this month from the continuous training of the Israeli army on their lands and between their homes. They were kicked out of their homes several times, in addition to demolishing their tents and facilities and destroying hundreds of dunums of their lands planted with rain-fed crops during the military exercises.