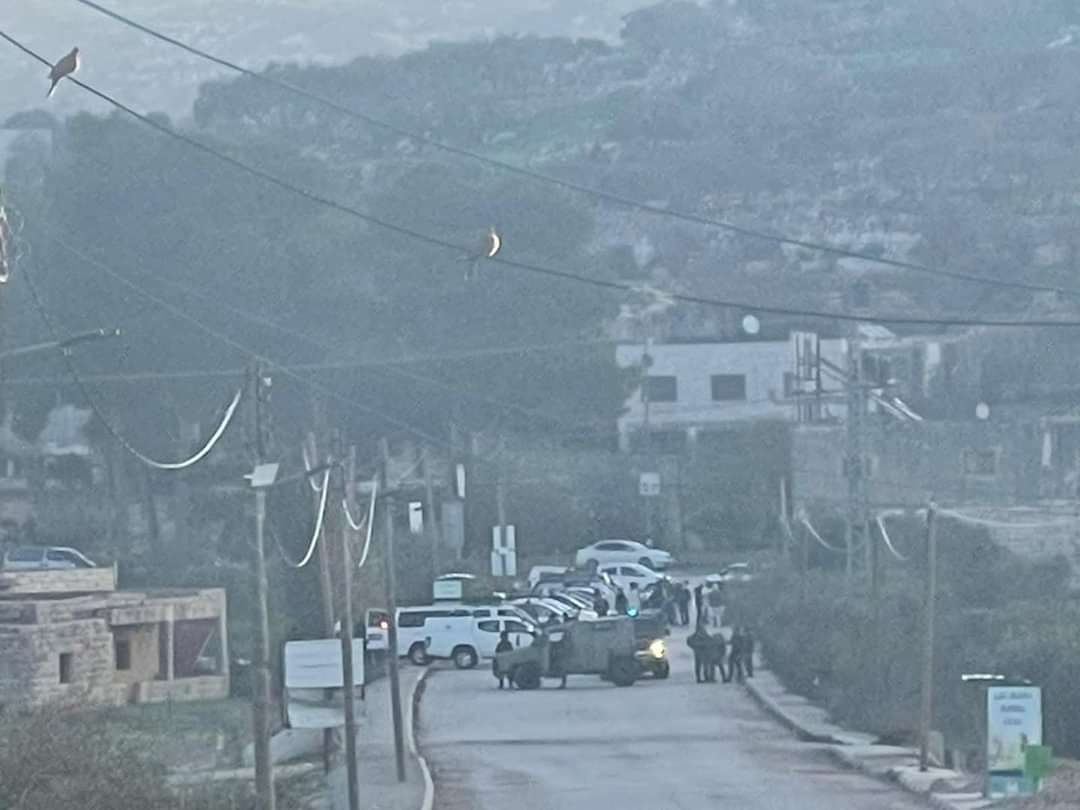 Israeli settlers and soldiers blocking entrance to al-Lubban al-Sharqiya village in the north of the West Bank.

They said that the settlers performed religious rituals at the entrance to the village and threatened to seize the village's girls' school, which is located on the main Nablus-Ramallah road.

The Israeli soldiers, who provided protection to the settlers as they harassed the local Palestinian population and performed their rituals, obstructed the movement of villagers and commuters from going in or out of the village.

Al-Lubban al-Sharqiya is frequently subjected to Israeli settlers’ attacks such as breaking into village homes and schools located on the main road and causing damage while threatening the life of civilians, mainly school students.

Meanwhile, and not far from al-Lubban al-Sharqiya, hundreds of settlers, also under army protection, broke into Muslim sites in the village of Awarta, southeast of Nablus, according to Ghassan Daghlas, who monitors settlement activities in the northern West Bank.

He said the settlers, who also performed religious rituals at three different religious Muslim sites in the village, provoked clashes with the local Palestinian residents.