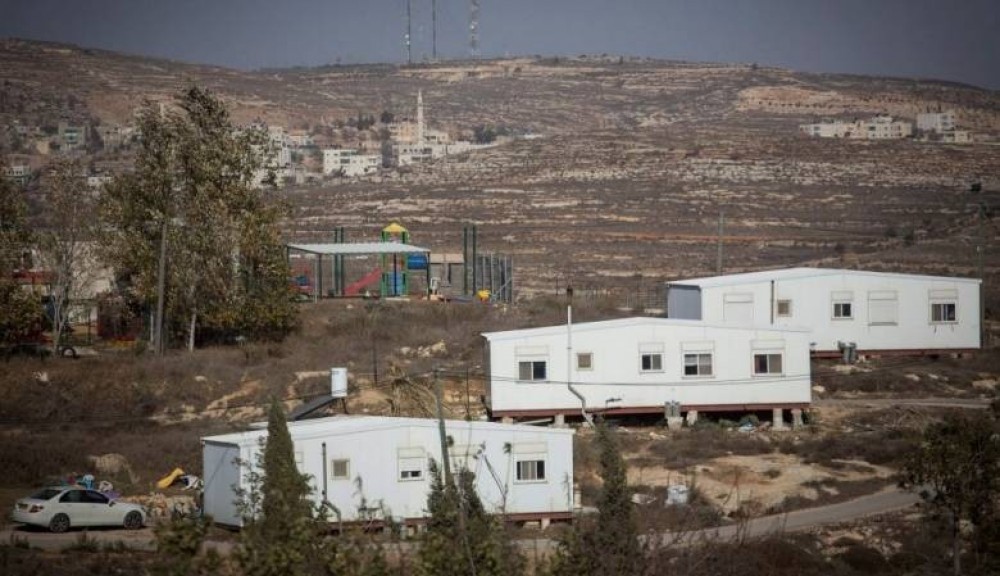 Caravans set up by Israeli settlers on Palestinian-owned land in the occupied West Bank to create a fait accompli. (File photo)

NABLUS, Monday, January 10, 2022 (WAFA) – Israeli settlers today razed Palestinian-owned lands to the south of the occupied northern West Bank city of Nablus in order to expand an illegal settlement, according to a local source.

Qasem Awwad, from the Wall and Settlement Resistance Commission, told WAFA that the settlers razed about 50 dunums of lands located near the illegal Israeli settlement of Yitzhar in order to expand it.

He added that the settlers had set up a number of housing units in the targeted area to create a fait accompli, noting that Palestinians have been prevented from entering or reclaiming it for years.

Awwad accused the Israeli government of colluding with settlers and covering up their illegal activities, which aim at seizing Palestinian land for settlement expansion and turning the West Bank cities, towns and villages into isolated cantons.