Man hospitalized after being brutally assaulted by Israeli soldiers near Nablus 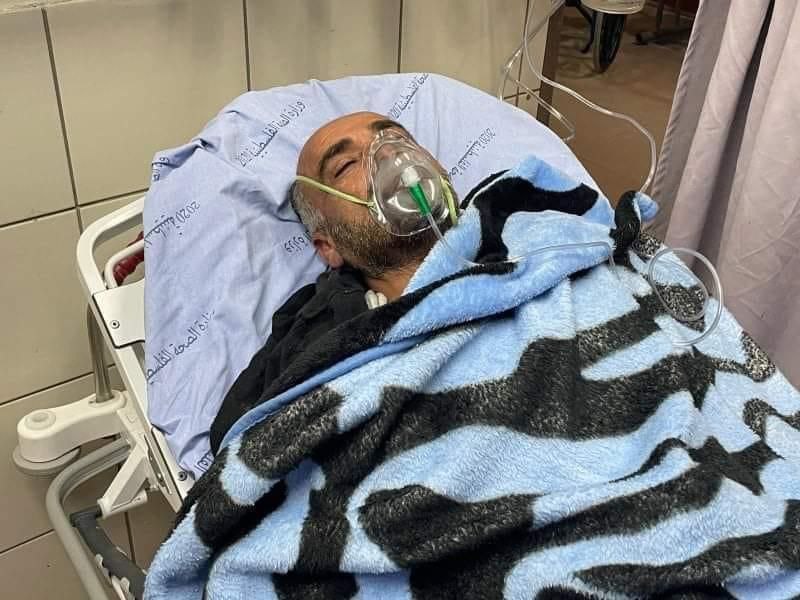 Mohammad Saleh Hajja, 50, was hospitalized on Thursday evening after he was brutally beaten up by Israeli occupation soldiers near the village of Bazariya

NABLUS, Thursday, December 23, 2021 (WAFA) – A Palestinian man was hospitalized on Thursday evening after he was brutally beaten up by Israeli occupation soldiers near the village of Bazariya, to the northwest of Nablus city in the occupied West Bank, according to local sources.

Mohammad Saleh Hajja, 50, was on his way home when he was stopped, assaulted and brutally beaten up by Israeli soldiers in the village, according to reporters. The man was also handcuffed and his legs were shackled, and was thrown on the side of the road helplessly by the soldiers, the reporters added.

Hajja was moved unconscious to a hospital in the nearby city of Tulkarm, and after he woke up he told doctors he had been briefly detained and assaulted by Israeli soldiers for two hours, and that he was injected with an unknown material in his left shoulder by the soldiers.

Doctors at Thabet Thabet Public Hospital in Tulkarm said that Hajja was in an unstable condition, and that he was unconscious of what was going on due to the assault on him by the Israeli soldiers.