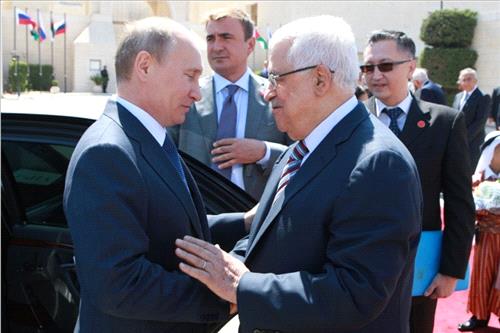 The President will brief Putin on the latest political developments in the area and they will discuss ways to coordinate the common positions between the two sides.

He will also discuss with President Putin ways to strengthen the special bilateral and historical relations between the two peoples and leaderships, and many international and regional issues of common interest.

The president is accompanied by member of Fatah Central Committee and head of the General Authority for Civil Affairs, Hussein al-Sheikh, the head of the General Intelligence Service, Major General Majed Faraj, the president's Advisor for Diplomatic Affairs, Majdi al-Khalidi, and Palestine's Ambassador to Russia, Abdel Hafeez Nofal.