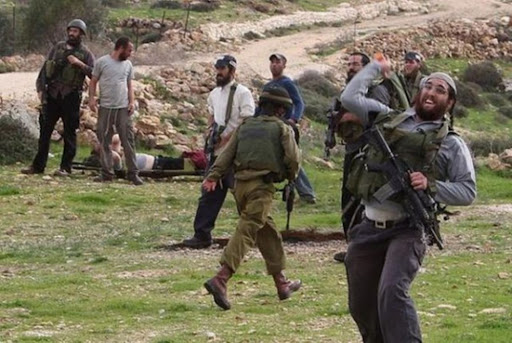 Eyewitnesses told WAFA dozens of settlers gathered along the road connecting the village of Burqa and Turmusaya town, to the east and north of Ramallah, respectively, and attacked Palestinian-registered vehicles with stones, causing damages to several cars. No injuries were reported.