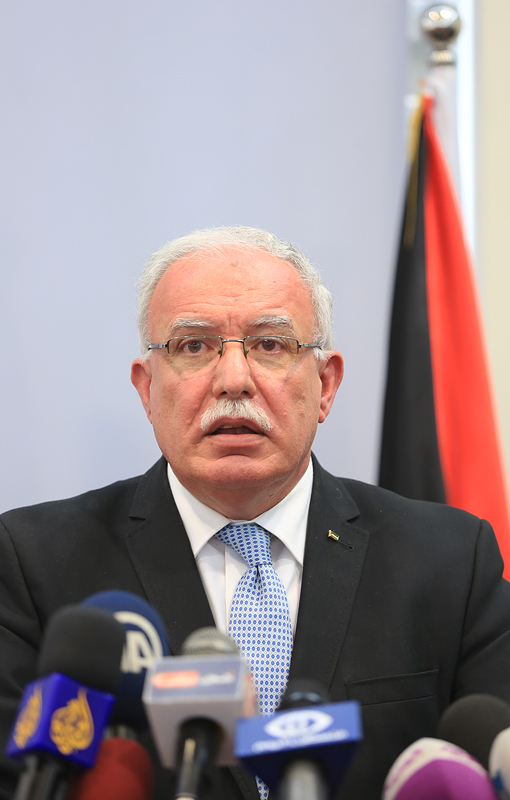 RAMALLAH, Tuesday, November 16, 2021 (WAFA) – Speaking at the International Conference on Sustaining Rights and lives For Palestine Refugees, which opened today in Brussels under the auspices of the foreign ministers of Jordan, Ayman Safadi, and Sweden’s Ann Linde, Palestine’s Foreign Minister Riyad Malki said the conference reasserts international commitment to the United Nations Relief and Works Agency for Palestine Refugees, UNRWA.

Malki stressed the importance of this conference, attended by 41 countries and international organizations, to renew international support for UNRWA until reaching a just solution for the Palestine refugee issue based on United Nations General Assembly Resolution 194, which affirmed their right of return to their homes and land in Palestine.

“The holding of this ministerial conference reaffirms the political commitment to the mandate of the General Assembly, the humanitarian commitment to address the needs of refugees, and the financial commitment to provide adequate, predictable and sustainable funding to enable UNRWA to effectively implement its mission in full,” said Malki.

He pointed out that there is a need for the support of the international community now more than ever as it faces another funding shortfall that threatens to interrupt its vital services in all its fields of operations in Jordan, Lebanon, Syria, the West Bank, including Jerusalem, and the Gaza Strip, pointing out that such an interruption will have far-reaching repercussions.

Malki stressed the importance of preserving the humanitarian role of UNRWA and its contribution to regional stability until achieving a just solution to this historical injustice that has continued since the catastrophe of 1948 until the present day, as Israel, the illegal occupying power, continues to deny and violate the right of millions of the Palestinian people for return, self-determination and freedom, and continue to displace them through its policies of apartheid.

He appealed to states and the international community not to listen to distortions about UNRWA that aim to undermine its work in order to hide the crime of displacing refugees since the 1948 catastrophe, the Nakba.

Malki stressed that the rights of refugees do not go away over time and cannot be revoked and that there can be no real and lasting solution to the conflict without a just solution to the Palestinian refugee issue that would guarantee their right to return to their homes from which they have been displaced.