Israeli authorities demolish inside of a Palestinian-owned house, balcony of another in occupied Jerusalem 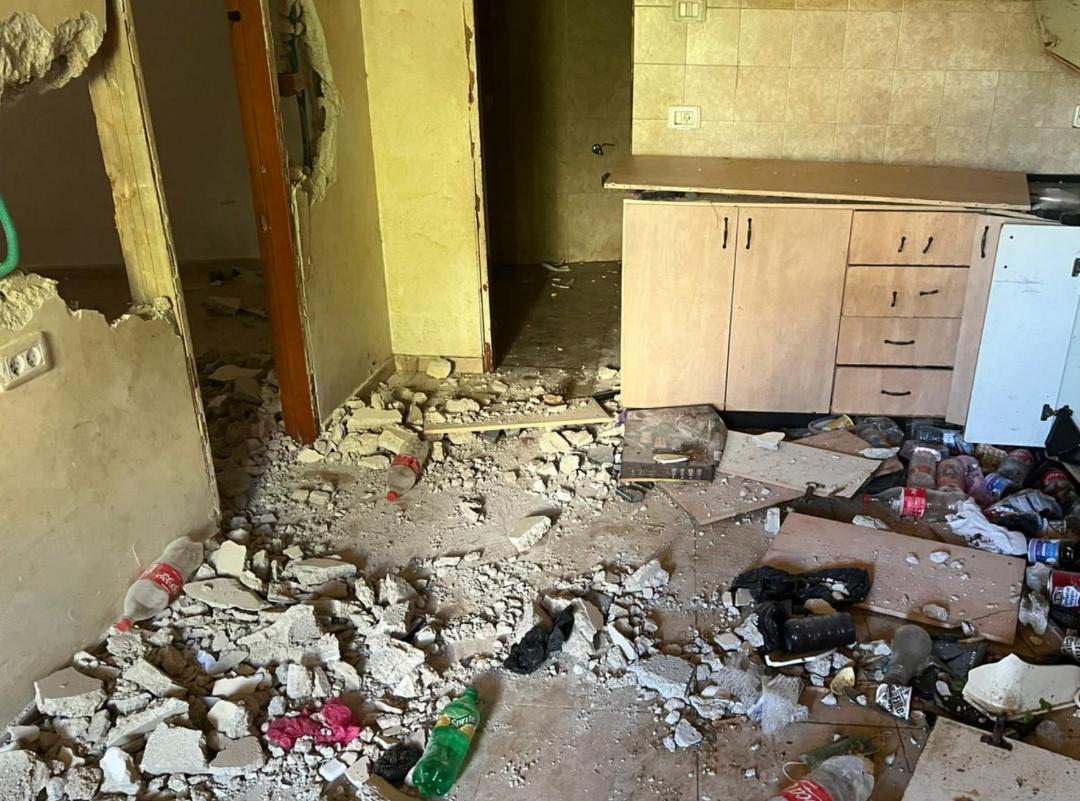 The destruction left by the Israeli occupation staff in Wad al-Joz house.

JERUSALEM, Wednesday, November 10, 2021 (WAFA) – The Israeli occupation authorities today demolished the inside of a Palestinian-owned house in Wad al-Joz area of occupied East Jerusalem and issued a demolition order for the entire house. At the same, Israelis demolished the balcony of another house in Beit Safafa neighborhood, local sources said.

The sources told WAFA that Israeli occupation forces, accompanied by staff from the Israeli municipality of West Jerusalem, broke into the house of Mahmoud Jaber, who is currently serving a 32-month prison term in Israel for resisting its occupation, destroyed the inside of the house before handing the family a demolition order for the entire house under the pretext of construction without a permit.

Aida, Jaber’s mother, said that the Israeli forces have begun demolishing the house from the inside before they were stopped and threatened to demolish it completely and force the family to pay 100,000 Israeli shekels ($32,200) in costs if the family does not carry out the demolition itself.

Meanwhile, the Israeli occupation authorities demolished the balcony of another Palestinian-owned house in Beit Safafa neighborhood, south of Jerusalem.

Local sources told WAFA that the occupation forces stormed the area where the house is located and demolished the 40-square meter balcony under the pretext it was added to the existing house without a permit.

On August 17, the Israeli occupation authorities demolished a nursery adjacent to the same house of the demolished balcony, also under the pretext of building without a permit.