Government convenes special session on the financial situation, described as the most difficult in years 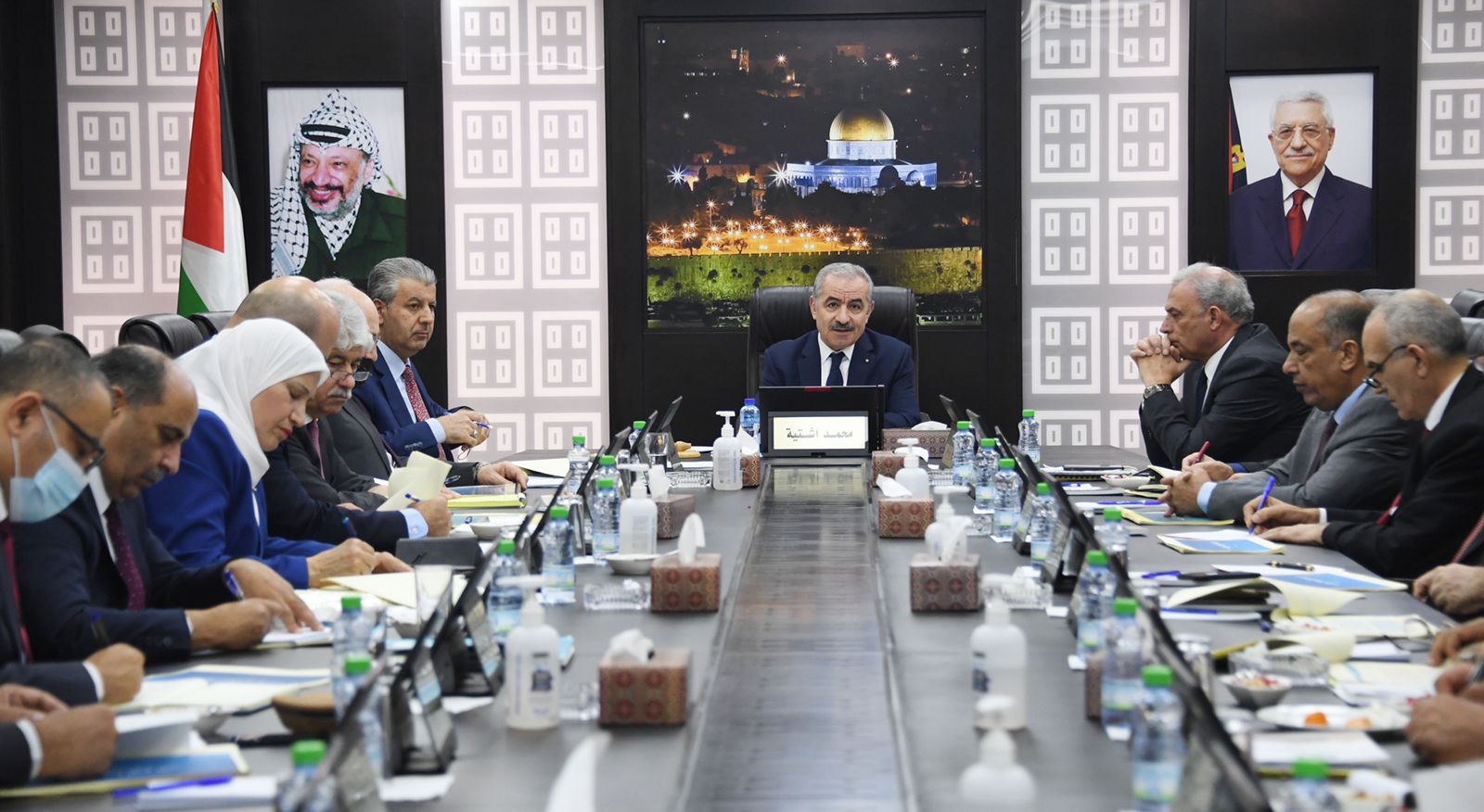 RAMALLAH, Tuesday, November 09, 2021 (WAFA) – The Palestinian government held a special session this evening to discuss the financial situation, which was described as the most difficult in years.

Prime Minister Mohammad Shtayyeh told the cabinet meeting that the financial situation is the most difficult in years given that the amount of aid received so far did not exceed 10% of what usually reaches the treasury, which will reflect on the government's operating expenses.

He attributed the situation to the decline in international aid, along with the Israeli deductions from the tax revenues and the economic and financial repercussions caused by the Corona pandemic.

The Prime Minister explained that the Palestinian Authority did not receive any financial aid from the Arab countries over the past two years and that although the United States has resumed some of its assistance to the United Nations Relief and Works Agency for Palestine Refugees (UNRWA), the laws of the US Congress prevent the US administration from directly assisting the Palestinian Authority.

He said that the donor countries are going to meet in Oslo next week and that Palestine will ask them to pressure Israel to stop its deductions from the Palestinian tax funds, as well as to increase their aid to the Palestinian government in order to fulfill its obligations toward its people.

"We have completed a successful visit to Europe, and it opened up prospects for an improvement in the financial situation at the beginning of next year. We hope that we will be able to overcome this crisis in the near future," Shtayyeh told the cabinet about his recent visit to several European countries.

Finance Minister Shukri Bishara presented the government with a detailed report on the financial situation and the challenges facing the treasury in light of the absence of foreign aid and the ongoing Israeli deductions.

Bishara said that despite the efforts made by the Ministry of Finance to alleviate the deficit in the treasury, the continuation of the unjust Israeli deductions from the clearing funds exacerbates the burden and weakens the ability to meet the ministry's obligations towards the operating expenses and accumulated debts of service providers.

The Cabinet took a number of measures that would reduce the burdens on the treasury through a program of administrative and financial reforms that would raise the level of performance in the public office, which would reflect positively on expenditures.

It also expressed its hope that the employees would understand all of these measures that would mitigate the effects of the crisis and its repercussions, amid hopes the treasury would soon receive aid from the brotherly and friendly countries.