Palestinian forced to self-demolish his house in Jerusalem 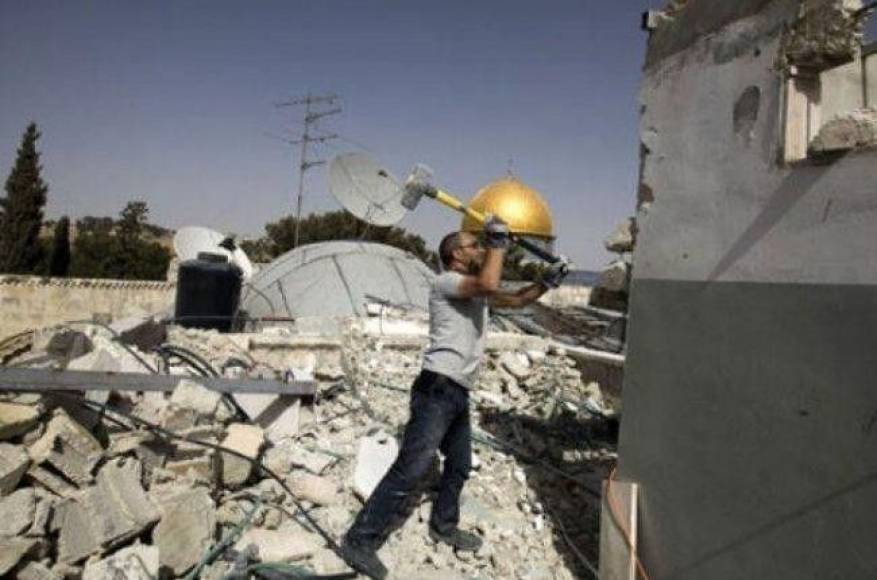 JERUSALEM, Tuesday, November 09, 2021 (WAFA) – Israeli occupation authorities Tuesday morning forced a Palestinian to demolish his own house in the East Jerusalem neighborhood of Jabal al-Mukaber, according to local sources.

They said that Aziz Oweisa tore down his house purportedly for being built without a license after being fined 32,000 shekels (some USD $10,000) by the occupation authorities.

They added that the family received the demolition order two weeks ago, nothing that they were only given until Monday evening to self-demolish the house.

Meanwhile, another resident of of Jabal al-Mukaber was received a demolition notice against his house under the same flimsy pretext.