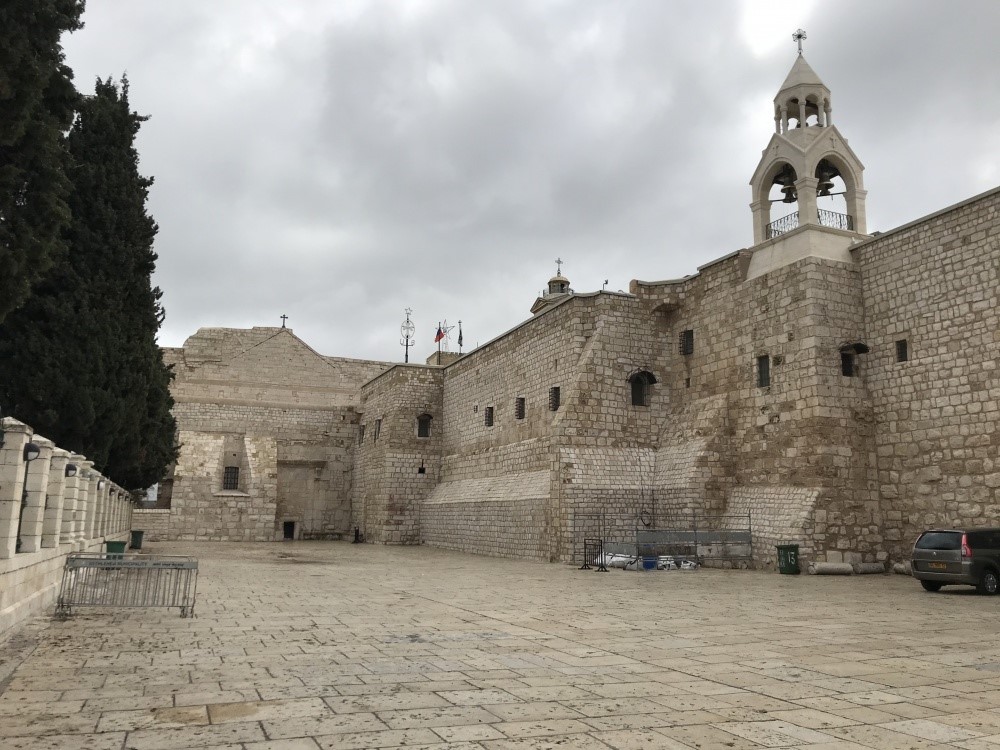 The Nativity Church in Bethlehem, the birthplace of Jesus Christ, empty of tourists as a result of the COVID-19 pandemic.

BETHLEHEM, Wednesday, October 13, 2021 (WAFA) – Mayor of Bethlehem Anton Salman yesterday sent an urgent letter to foreign diplomats based in Jerusalem and the Palestinian Authority urging them to intervene with Israel and its Ministry of Tourism to prevent it from enforcing a decision banning tourists from staying overnight in the biblical city’s hotels.

“It is with deep outrage and concern that we are addressing you with regards to the situation of tourism in the city of Bethlehem and the rest of the occupied State of Palestine,” said the mayor in his letter.

“As you are aware, our city has suffered over the past two years from the absence of tourists due to the COVID-19 pandemic. Now, when a few groups of pilgrims and tourists have been allowed into the country, we are astonished to have been made aware of the instructions given by the Israeli Ministry of Tourism to tour operators preventing those groups from sleeping over in Bethlehem.”

Salman said that the information they have “is that certain tour operators are allowed to request special permits for the entry of groups through the Israeli Ministry of Tourism. That list of tour operators already excludes those based in Bethlehem or any other place under the limited control of the Palestinian government. The approval for groups has to include the tour operator delivering a scheduled agenda for the group, which cannot include sleeping overnight in Bethlehem. Rather they allow limited visits that avoid interaction with our people and local businesses, disregarding all the preparations that we have conducted in order to welcome foreign tourists.”

The letter stressed that “Israel, the occupying power, continues to prevent Palestine from operating its own airport or having any control over border crossings, making it almost impossible for our touristic sector to settle its own policies with regards to welcoming foreign tourists.”

The Bethlehem governorate, said Mayor Salman in his letter, “is one of the most affected by Israel’s illegal schemes-settlement policies, including the construction of the annexation Wall and the artificial separation from Jerusalem, whereby we have limited control over only around 13% of our own land. Unemployment in Bethlehem soared to an unprecedented rate. The latest policies of the Israeli Ministry of Tourism only add to the agony and injustices our citizens continue to suffer under Israeli occupation. Israel has policies that incentivize the presence of over 100,000 foreign settlers in the Bethlehem Governorate, yet it prevents foreign tourists from sleeping over in our city.

“It is therefore urgently necessary for the international community to take all the needed steps with the Israeli authorities in order to stop this discriminatory policy that only adds to the long list of Israeli violations of international law, UN resolutions and signed agreements with the PLO (Palestine Liberation Organization).”