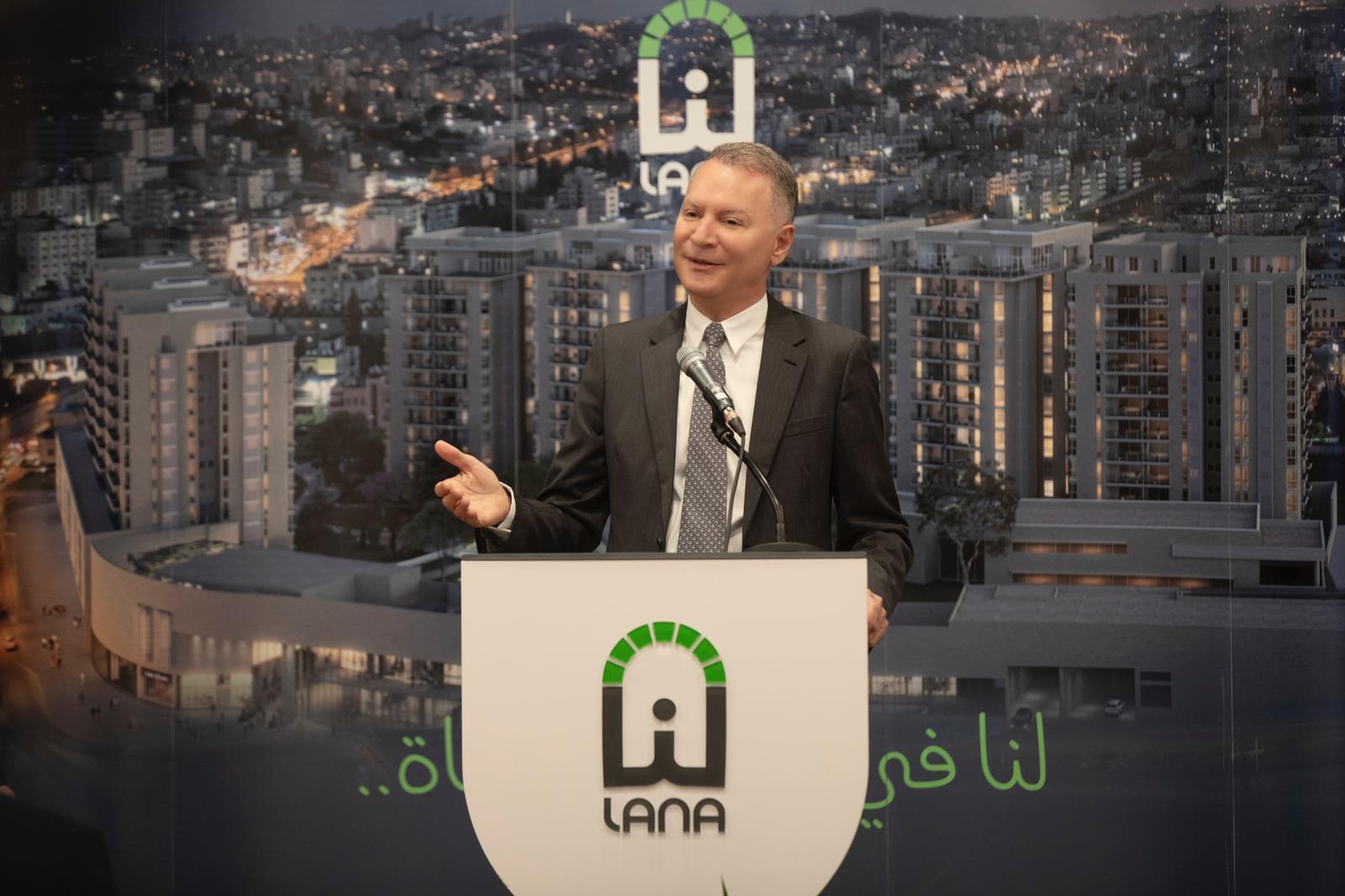 JERUSALEM, Monday, October 11, 2021 (WAFA) – Palestinian entrepreneur and founder of Rawabi city, Bashar Masri, today launched, in partnership with the Greek Orthodox Church in Jerusalem, a $300 million, 400 units housing project to be built in the northern areas of occupied East Jerusalem after more than 10 years of work to get a building permit from the Israeli municipality of West Jerusalem.

Speaking at a press conference in Jerusalem to introduce the project, Masri stressed that the project, launched under the slogan "we have life in Jerusalem", comes in light of the hard housing situation in the occupied section of the holy city and in an effort to contribute, even modestly, to solve this chronic problem.

“Investment in Jerusalem is an economic and existential empowerment for our people and to support them, particularly in high-risk areas,” he said in reference to areas where Israel intends to confiscate Palestinian land to build settlements in its effort to change the character of the city and create new facts on the ground.

The project, named Lana (Arabic for ours) “is not a reaction to anything except for the need of our people in Jerusalem for housing,” he said. “There is a sharp shortage in housing. We are aware of that and started planning 10 years ago to ease this problem.”

The middle to low-income Palestinian residents of the city are not going to benefit from this project, which according to Masri is intended for the upper-income people.

“This project is intended for the upper-income people in order to keep them in their country,” he said, noting that many of the affluent Palestinian residents of the city seek housing that suits their status either in Israel or abroad.

Still, those who need financing can get a bank loan from banks based in the Palestinian territories as Masri is in the process of reaching an agreement with some banks to provide financing for buyers in the East Jerusalem project, something the banks have not done yet in the occupied city due to it being under full Israeli control.

The less fortunate Palestinian residents of the city, who are a majority, will have to wait until other more affordable housing projects Masri’s company, Massar International, a Ramallah-based holding company owned solely by Mari, intends to start building in the city in the next few years.

Observers noted that the reason for the housing shortage in occupied East Jerusalem is due, first, to Israel’s seizure of most of the open areas in the city where it built settlements with tens of thousands of housing units for Israelis, and, second, due to the long time and high cost of getting a rarely-granted building permit from the Israeli municipality, if one is going to be granted in the first place.

The current Lana project is going to have apartments ranging in size from 90 to 170 square meters. The land, estimated at 30,000 square meters in area and located north of Beit Hanina and close to the Israeli-run Qalandia checkpoint between Jerusalem and Ramallah, is owned by the Greek Orthodox Church and was offered to Massar International to build its housing project on it. In return, the church will get a certain number of units for its parish. An estimated 50 percent of the area of the land will be green and for general facilities, including a school and a shopping center.

Masri stressed that the cost of the construction is handled solely by his company, Massar International, and that no other investor in Palestine or abroad has come forward to help in the financing.

He said just like he was able to build the modern city of Rawabi, north of Ramallah, and which became a success story, he is now embarking on building the Lana housing project in Jerusalem, which is going to provide hundreds of badly needed job opportunities for Palestinians.

The groundbreaking work on the project has commenced and the first stage of construction, which will witness the building of 94 apartments, will be ready within two-and-a-half years.