Israeli settlers assault shepherds in the Jordan Valley, kick them out of the pastures 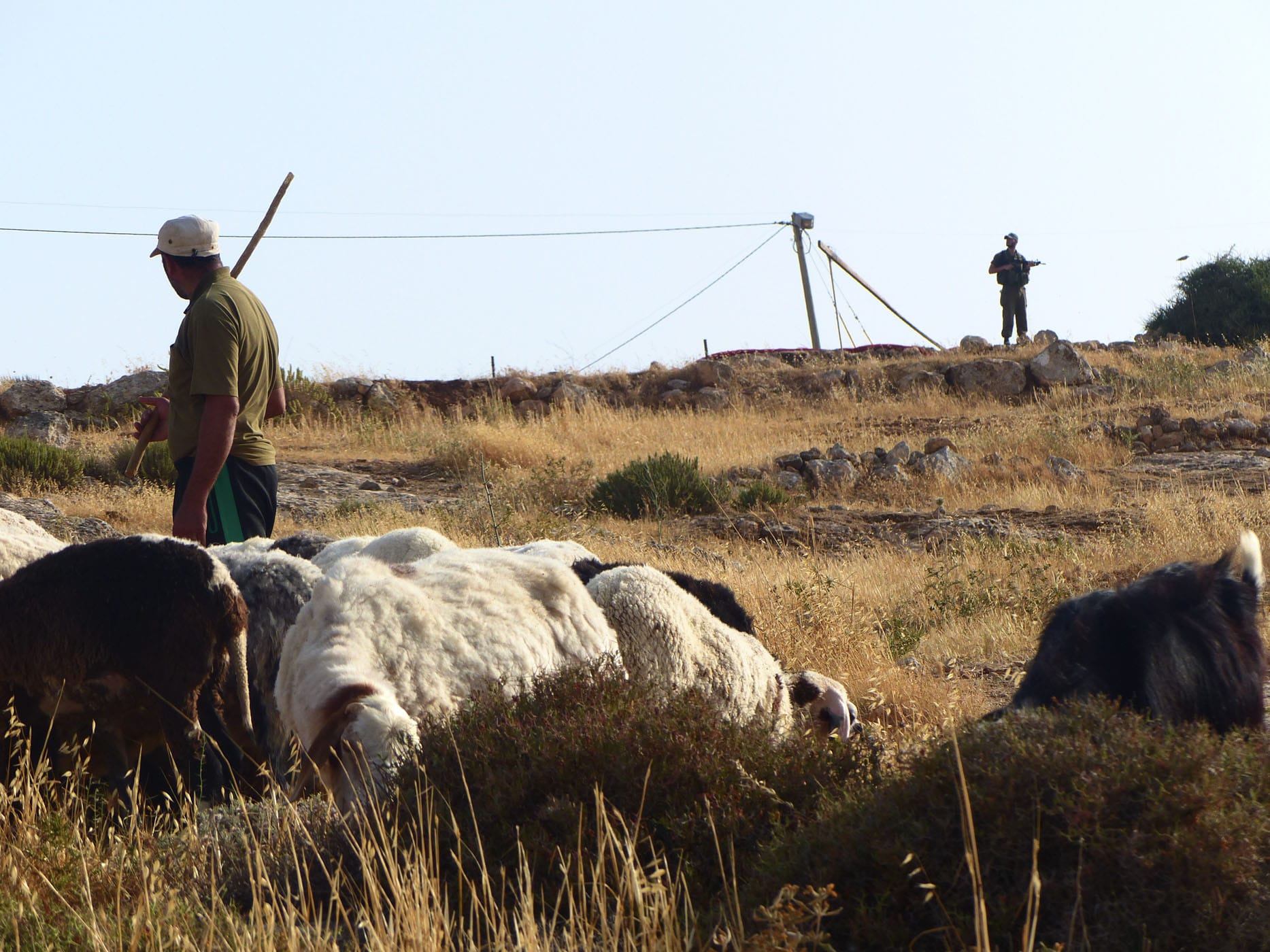 An Israeli soldier watching as a shepherd roams the pastures.

JORDAN VALLEY, Tuesday, October 05, 2021 (WAFA) – Israeli settlers, and for the second day in a row, assaulted Palestinian shepherds in Khillet Makhoul area in the northern Jordan Valley, according to local sources.

Aref Daraghmeh, a rights defender, said the settlers have been chasing the shepherds since the early morning hours, noting that they sprayed one of them with pepper as they kicked them out of the pastures.

Palestinian shepherds are continuously targeted by Israeli settlers, who repeatedly keep kicking them out of most northern valley pastures, aiming to forcibly evict them in favor of settlements’ expansion.