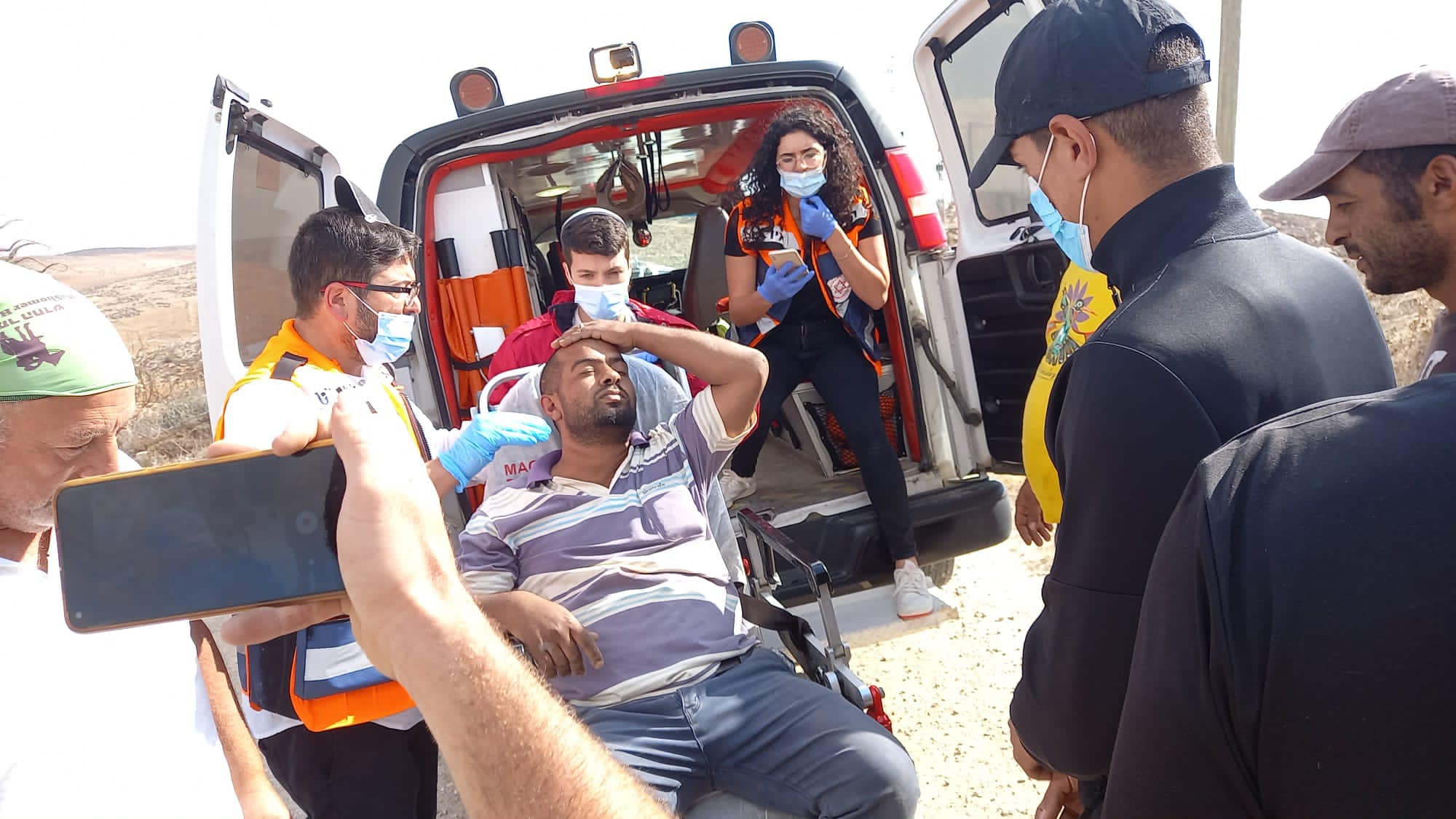 Shepherd Abu Qabeitah attended by medics after he was attacked by Israeli settlers. (Credit: Alliance for Human Rights)

Coordinator of the Protection and Steadfastness Committee, Fouad al-Amour, said that a group of armed settlers broke into Khirbet Laseifer in Masafer Yatta and brutally beat Othman Abu Qabeitah as he was grazing his sheep in the village pastures, inflicting cuts in his head and bruises across his body. He was taken to hospital for treatment.

Settlers from the same settlement, built on Masafer Yatta land, yesterday also attacked shepherds while herding their sheep in the pastures, cursed them and then forced them to leave the area.

It includes property arsons, stone-throwing, uprooting of crops and trees, attacks on vulnerable homes, among others.

There are over 700,000 Israeli settlers living in colonial settlements in the occupied West Bank and East Jerusalem.