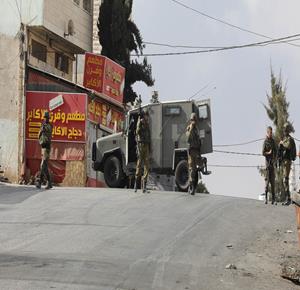 JERUSALEM, Monday, September 27, 2021 (WAFA) – Israeli soldiers, who yesterday murdered three young Palestinians in the Jerusalem-area village of Biddo, returned to the bereaved village early this morning and detained five of its residents, according to local sources.

The said the soldiers, who were confronted by local youths, searched the area where the three Palestinians were murdered yesterday before leaving it.

The sources said the army has also ordered 20 village residents to report to its military intelligence for questioning.