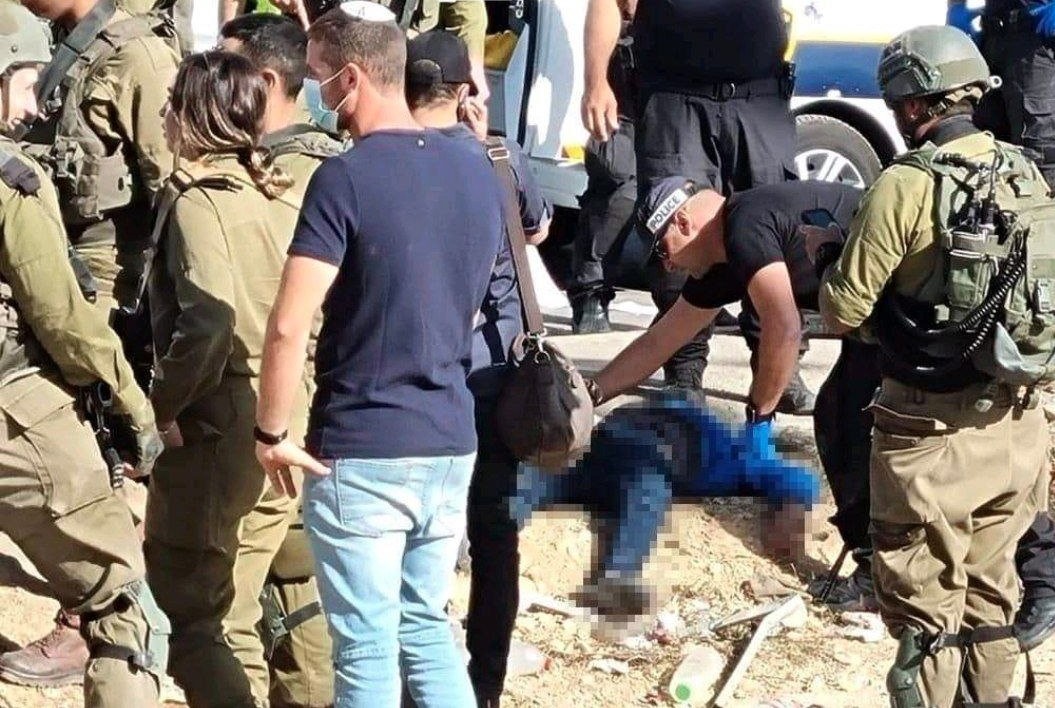 Palestinian man on the ground after he was shot and injured by Israeli soldiers south of Bethlehem.

They said Israeli soldiers opened fire at Mohammad Kamal Blu, 27, a resident of Beit Fajjar town, near the junction, critically injuring him purportedly for attempting to stab an Israeli.

No Israeli casualties were reported though.

The soldiers prevented Palestinian medics from approaching the scene to attend to the Palestinian as he was left bleeding on the ground.

Israeli media reported that the man was in severe condition and subsequently taken to Shaare Zedek Hospital in West Jerusalem.

Photos published by Israeli media show the man lying motionless on the ground.

Israeli has been criticized for its reflexive use of lethal force and "extrajudicial killings" when Palestinian alleged attackers no longer pose an immediate threat. The UN Office for the Coordination of Humanitarian Affairs (OCHA) said that circumstances surrounding such killings over the past months remain disputed.