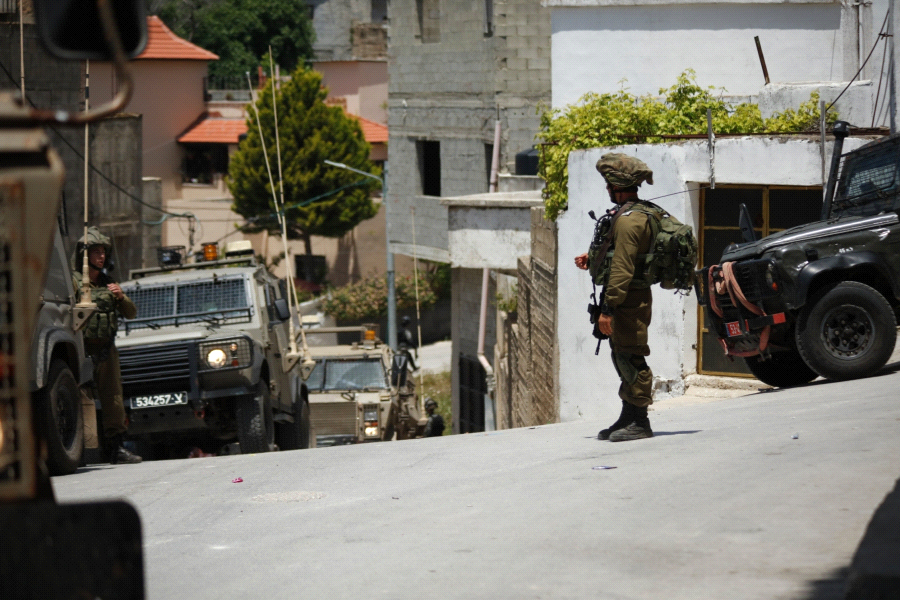 He said soldiers raided the home of Ayham Kamamji in Kufr Dan village, near the northern West Bank city of Jenin, and detained his brother Imad. The soldiers also seized mobile phones and ransacked the home.

In Yabad, north of Jenin, soldiers raided the home of Munadel Infeiat and interrogated members of his family.

During the raids, residents clashed with the soldiers who fired tear gas canisters and sound bombs at the Palestinians causing several suffocation cases.

Kamamji and Infeiat are two of six Palestinians who broke out of Gilboa prison in northern Israel last week. The two remain at large while the four others were captured by the Israeli army.