Hundreds march in Ramallah in support of Palestinian freedom fighters 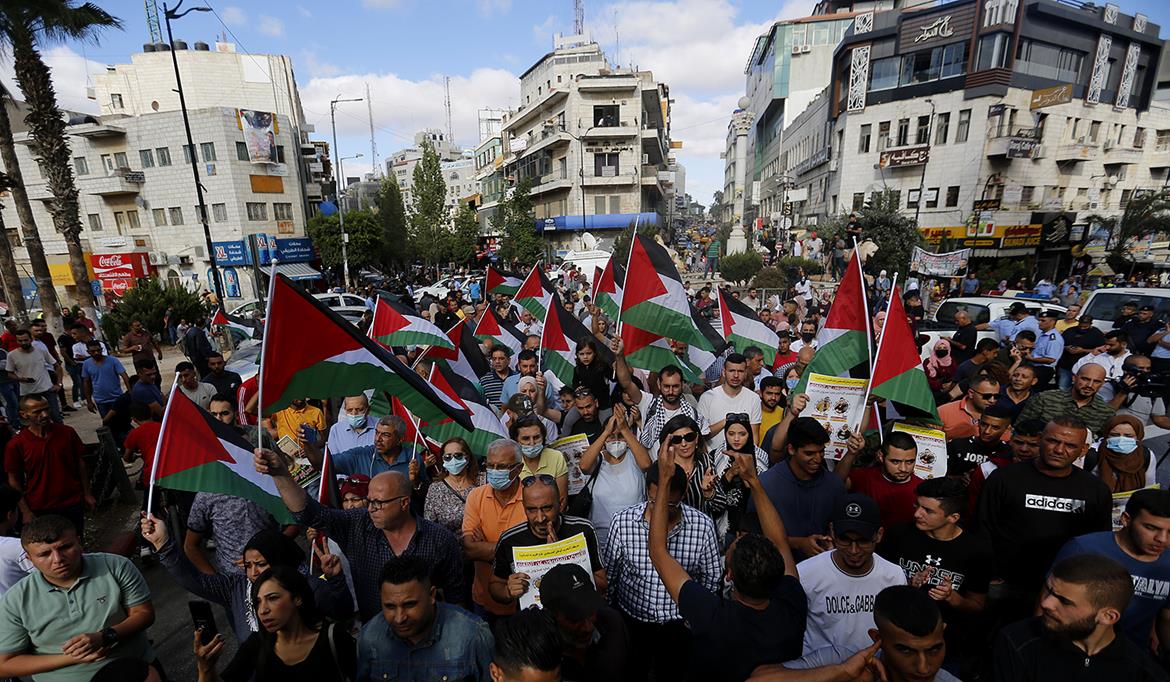 Hundreds of Palestinians marched through the streets of Ramallah, the occupied West Bank, on Saturday evening in support of the Palestinian freedom fighters in Israeli detention, 11 Sept 2021. Credit: Huthaifa Srour / WAFA

RAMALLAH, Saturday, September 11, 2021 (WAFA) – Hundreds of Palestinians marched through the streets of Ramallah, the occupied West Bank, on Saturday evening in support of the Palestinian freedom fighters who escaped the Israeli prison of Gilboa last week, of whom four were recaptured by the Israeli occupation forces earlier today and last night.

The protesters chanted slogans in support of the heroism of the six prisoners who managed to escape through a tunnel before four of them were recaptured, as well as other slogans that condemned the ongoing Israeli brutality towards the Palestinian freedom fighters in Israeli jails.

Qaddura Faris, the head of the Palestinian Prisoner’s Society (PPS), told the protesters that the Palestinian political prisoners in Israeli detention are now facing a great danger, and that more popular action was needed to press Israel to end its crackdown on the prisoners.

The head of the High Commission for the Follow-up of Prisoners Affairs, Amin Shoman, also addressed the protesters. He called on all human rights institutions to monitor the conditions of the prisoners who were recaptured last night, and held Israel fully responsible for their lives.

Meantime, Israeli occupation forces attacked dozens of protesters who gathered at the north entrance to the city of Bethlehem, south of the occupied West Bank, to show their support for the six Palestinian freedom fighters.

The soldiers reportedly fired teargas canisters and stun grenades to disperse the protesters. No injuries were reported.

"The Israeli reaction will be unusual and in violation of all international laws and norms. [Israel] will try to take revenge on those prisoners who broke out of Gilboa Prison in a blow to the Israeli security apparatus.”

Over 4,500 Palestinian political prisoners in Israeli prisons have been facing an Israeli reprsesive campaign following the escape of the six Palestinian freedom fighters from Gilboa prison on Monday. Four of the six prisoners have been caught last night and this morning while the remaining two are still at large.

Last week, in response to the Israeli crackdown, the prisoners set fire to detention cells inside the Israeli prisons of Ofer and Kzi’ot in protest against the IPS measures, which included sending many prisoners to solitary confinement and restricting prisoners’ access to essential services.