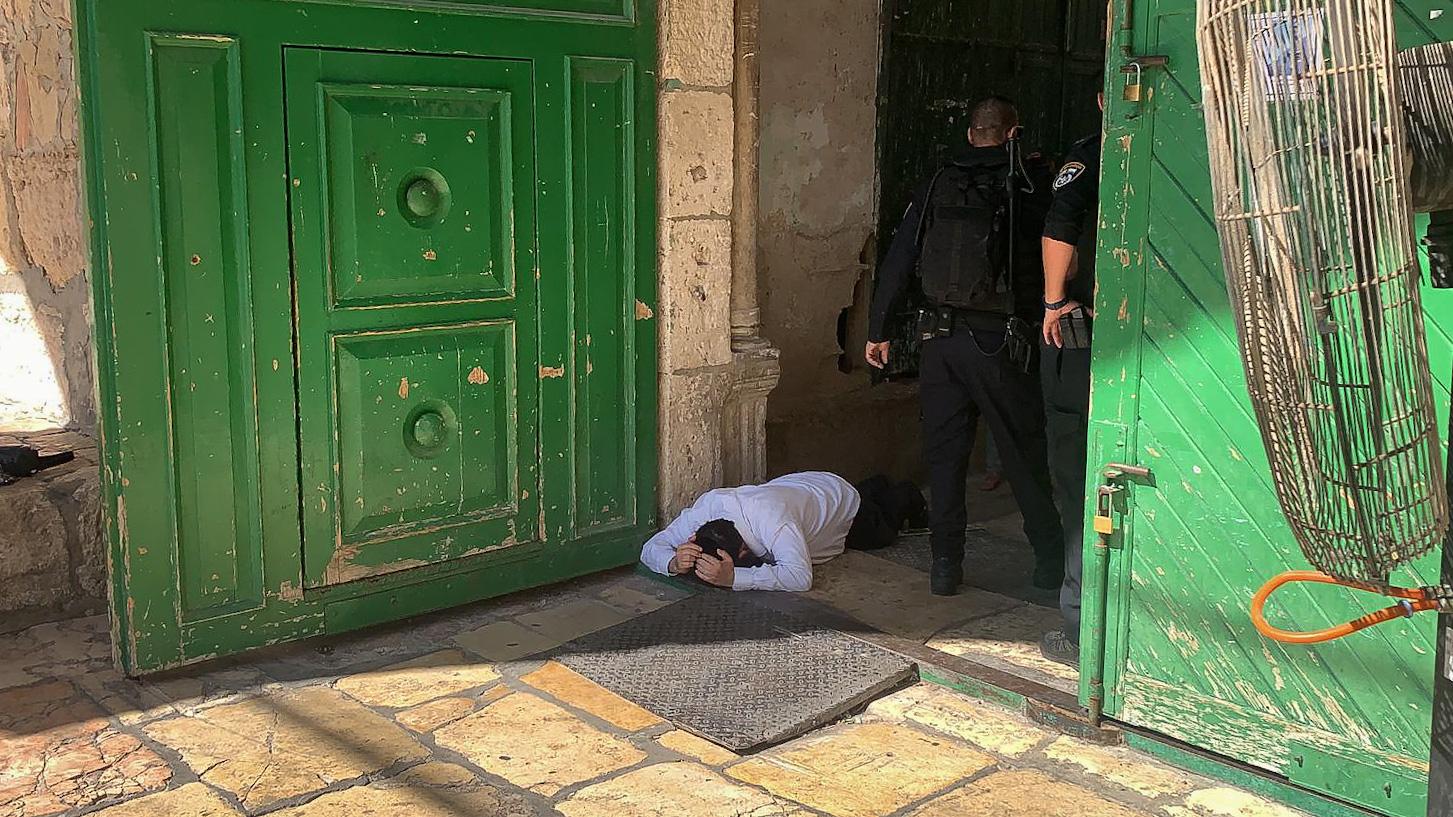 A Jewish fanatic holding prayer at the entrance to Al-Aqsa Mosque in violation of the standing rules. (File photo)

JERUSALEM, Tuesday, September 2021 (WAFA) – Israeli police this morning detained youth at Al-Aqsa Mosque in Jerusalem for calling Allah Akbar (God is great) while Jewish fanatics were making their morning provocative tour of the Muslim’s third holiest site, according to witnesses.

They said police detained the youth, who is from an Arab town inside Israel, after he called Allah Akbar and did not do anything else.

The incident occurred as dozens of Jewish fanatics heeded calls by their extremist organizations to descend on Al-Aqsa Mosque today as they mark the Jewish New Year.

The extremist organizations openly call for turning Al-Aqsa Mosque into a Jewish worship area and eventually tear down the Islamic shrines and build a Jewish temple on the location.

Police usually accompany the Jewish fanatics, most of them are ultranationalist settlers, during their provocative tour of the Muslim holy site to make sure their presence and attempts to hold illegal prayers, which will be considered a violation of the decades-old status quo, does not lead to trouble.