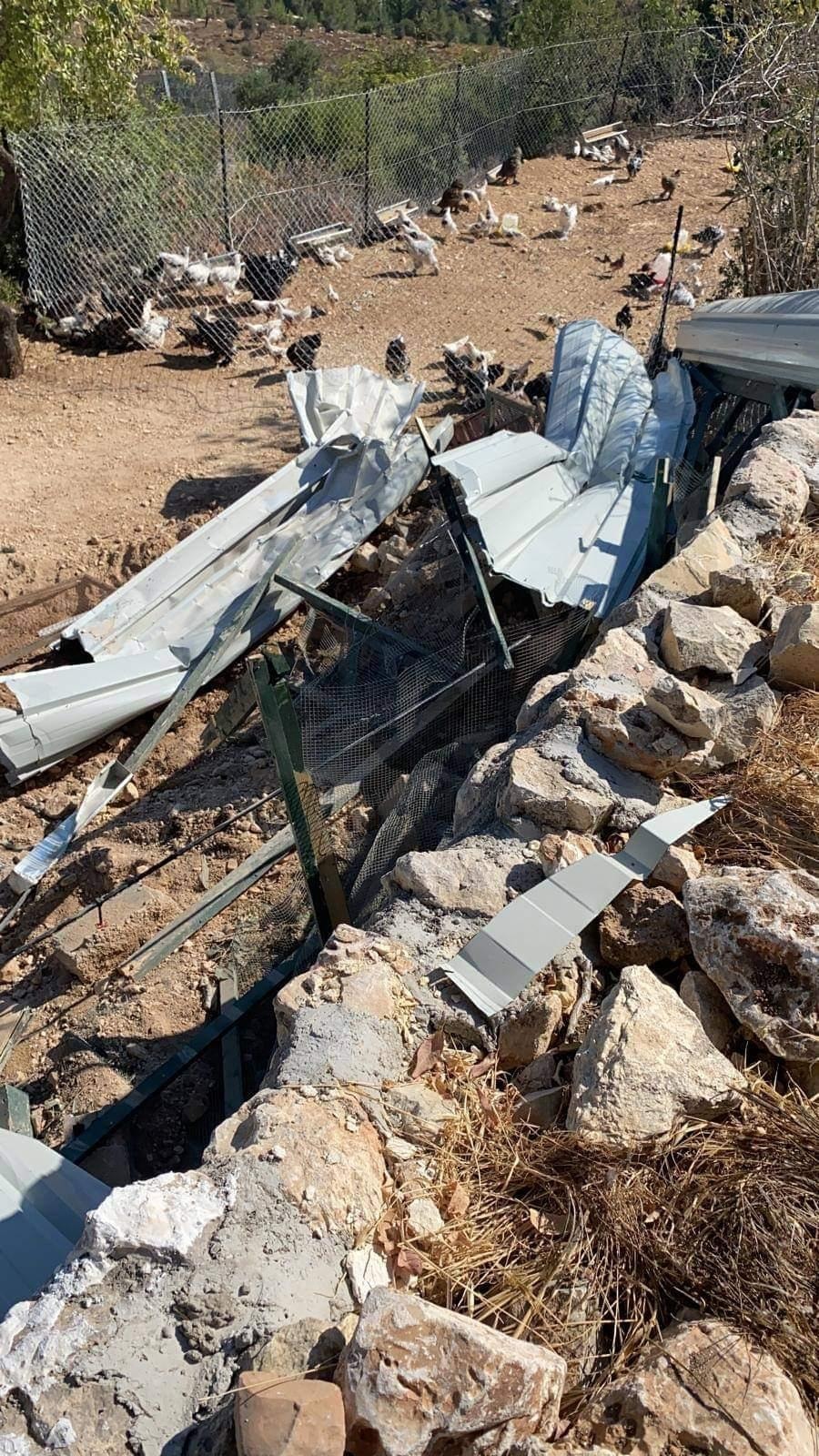 Head of al-Walaja Village Council, Khader al-‘Araj, told WAFA that Israeli forces escorted a bulldozer to the area of Ein Jwaizah, also written as Ein Jweizeh, in the northeastern part of the village, where the heavy machinery demolished a kitchen farm belonging to Shadi al-Sheikh, purportedly for being built without a license.

The demolition inflicted substantial losses on al-Sheikh, who had received a demolition order two months ago, since he could not evacuate all of his chicken from the farm.

This area of al-Walaja has been targeted by Israel for several years in an attempt to empty it of its Palestinian residents in order to build illegal settlements on its land. Several Palestinian-owned homes have been demolished in the village under the pretext of building without a permit, which is impossible to get from the Israeli occupation authorities.

Located at a horizontal distance of 5 kilometers to the west of Bethlehem, al-Walaja has a population of some 2,800 and occupies a total area of 4,328 dunams.

Under the Oslo Accords, an agreement made 25 years ago that was supposed to last just five years towards a self-governing country alongside Israel, the Palestinian Authority was given limited control over a small pocket of land occupying 113 dunams and accounting for only 2.6 percent of the village’s total area. This area is classified as Area B. In contrast, Israel maintains control over the remainder, classified as Area C.

An area of 4,209 dunams of the village, accounting for 97 percent, is completely isolated by the section of Israel’s apartheid wall. The majority of this land is agricultural land, forests and open spaces.