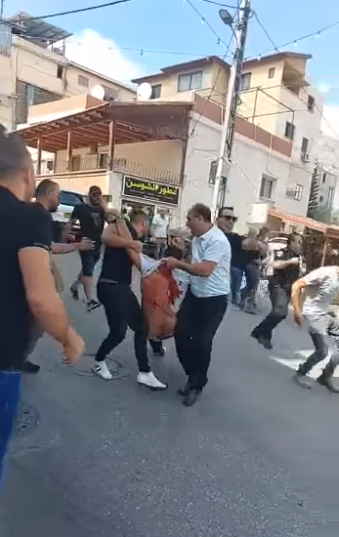 NAZARETH, Saturday, June 19, 2021 (WAFA) – A Palestinian young man was critically injured today by Israeli police as the latter savagely attacked a wedding ceremony in the town of Deir al-Asad, in the north of the Palestinian territories occupied since 1948, according to medical sources.

Witnesses said that an Israeli Border Guards Police force raided a wedding ceremony in Deir al-Asad and clashed with participants, causing many injuries, including a critical one for a Palestinian youth who was said to be in the thirties of age.

The latter was moved to hospital for medical treatment.