Occupation forces bulldoze an irrigation pond in the Jordan Valley 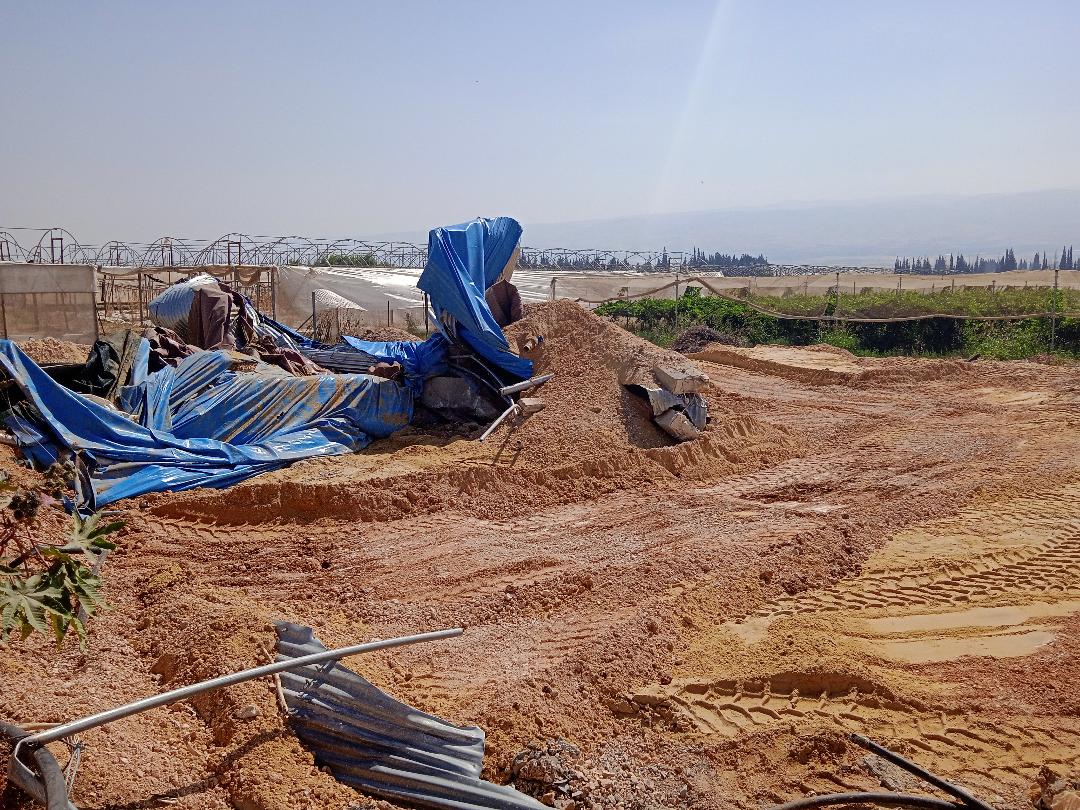 JORDAN VALLEY, Tuesday, June 08, 2021 (WAFA) – Israeli occupation forces today bulldozed an irrigation pool in the village of Bardala, in the northern Jordan Valley in the occupied West Bank, according to local sources.

Mohammad Sawafta, the pool’s owner, said that the Israeli army bulldozers bulldozed the pond which he used to collect water for irrigation of crops. He pointed that the pond had a capacity of 1,400 cubic meters and was provided to him by the European Union.

Last week, the Israeli authorities issued a notice informing the owner of their decision to demolish the pool in 96 hours.

Besides undergoing temporary displacement, the Palestinian families living in the Jordan Valley face a plenty of Israeli restrictions on access to resources and services. Meanwhile, Israel exploits the resources of the area and generates profit by allocating generous tracts of land and water resources for the benefit of settlers.