Four people killed, including a pregnant mother and her toddler, in new Israeli airstrikes on Gaza 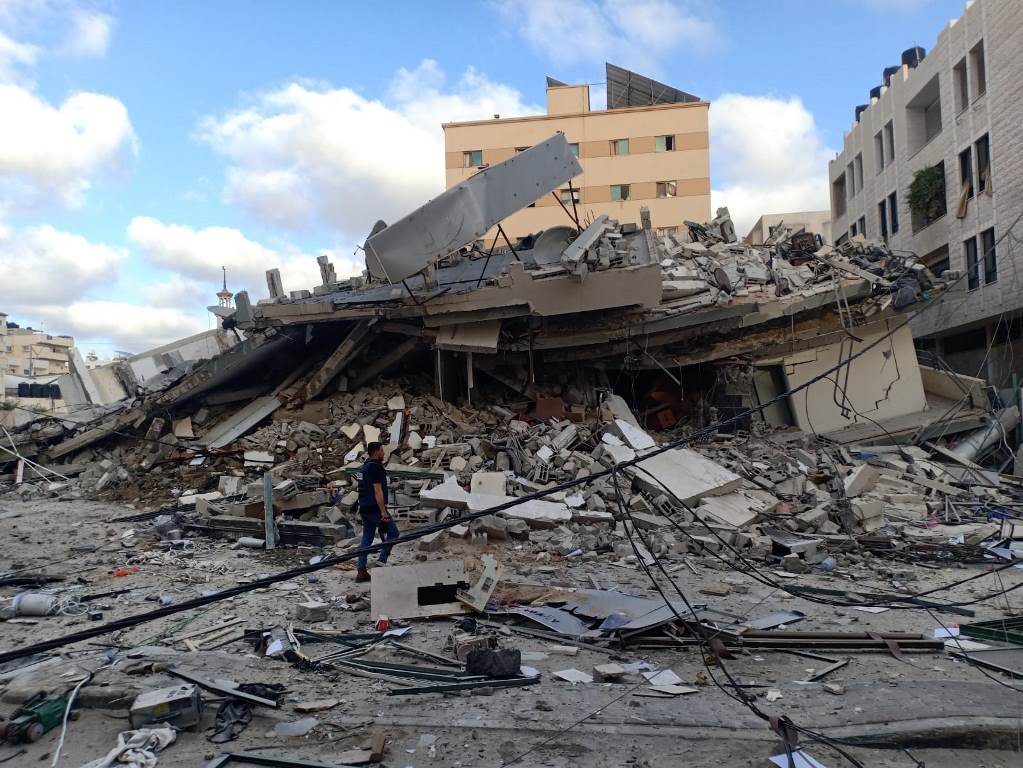 The house bombed by Israeli warplanes in Deir al-Balah.

GAZA, Wednesday, May 19, 2021 (WAFA) – Four Palestinian civilians, including a seven-month pregnant mother, her husband, and their two-year-old toddler, were killed today and others were wounded as the ongoing Israeli bombardment of Gaza stretched into the tenth day.

Israeli warplanes shelled a civilian house in Deir al-Balah city, in central Gaza Strip, without any prior warning, killing three members of one family and injuring many others.

Iyad Salha, 33, his pregnant wife, Amani Mahawesh, 33, and their two-year-old baby girl, Nagham, were killed in the Israeli airstrike.

The injured were rushed to Shuhada Al-Aqsa Hospital for treatment.

Israeli artillery bombed a site along Gaza borderline in Juhr al-Dik, to the south of Gaza City, killing a 63-year-old Palestinian farmer while he was working on his land.

The death toll among Palestinians after 10 consecutive days of the brutal Israeli onslaught on the Gaza Strip has risen to 227, including 64 children, and 38 women, while 1620 people were wounded.

Twenty-seven Palestinians were killed in the West Bank, including four children.

Tension has been running high since mid-April as a result of the Israeli forces and settler extremists' escalated attacks against Al-Aqsa Mosque and Palestinians in Sheikh Jarrah neighborhood in occupied East Jerusalem, who are being threatened with forcible expulsion from their homes for the benefit of Israeli settlers.