She announced that 1,923 Palestinians tested positive for the highly contagious virus and 22 others died of it in the occupied territories.

Among the new 1,923 cases, 498 cases were recorded in the West Bank, including East Jerusalem, and 1,425 others in the besieged Gaza Strip.

Al-Kaileh identified the deaths as 12 deaths from the West Bank, including Jerusalem, and 10 others from the besieged Gaza Strip.

In terms of the number of deaths, Bethlehem was ranked the first among the West Bank districts with 4 deaths, followed by Nablus (3 deaths), Tulkarm (2 deaths), in addition to Jenin, Hebron and Ramallah & al-Bireh, each district of which had a death case.

She added that 2,245 Covid-19 patients recovered; 1,245 recovery cases in the West Bank, including Jerusalem district, and 1,000 others in the Gaza Strip.

She pointed that 180 Covid-19 patients are getting treatment in intensive care units, including 57 who are connected to ventilators, while 530 others are currently hospitalized across the West Bank.

Recoveries account for 88.2 percent of total cases since the pandemic outbreak in March, active cases for 10.8 percent and the death toll accounts for 1.0 percent.

Regarding the Covid-19 vaccination rollout, al-Kaileh said that 153,911 people have received the vaccine so far, including 19,940 people who received the second dose of the vaccine. 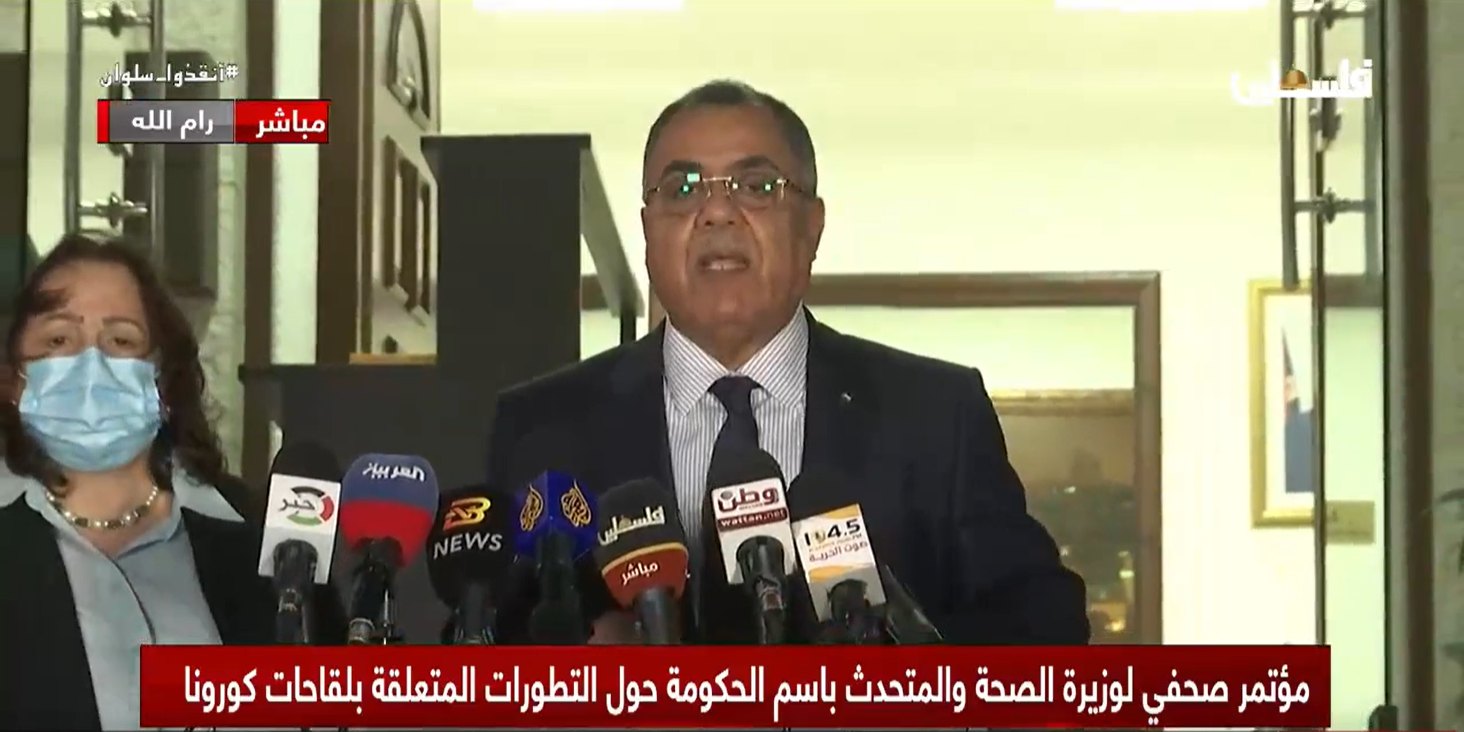 Despite Israeli decision to shut down Health Work Committees, it reopens its doors