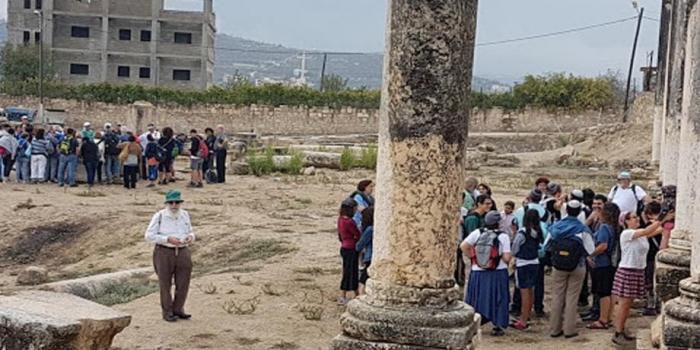 Israeli settlers flocking to the Palestinian archeological site in Sebastia under army protection.

NABLUS, Tuesday, April 06, 2021 (WAFA) – Israeli settlers today assaulted the mayor of the northern West Bank town of Sebastia, Mohammad Azem, when he intervened to prevent the settler from abducing a child, according to sources.

Azem told WAFA that dozens of Israeli settlers arrived at the town’s archeological site under Israeli army protection and that while they were there, they attempted to kidnap a child.

He said he immediately intervened to help the child and prevent the settlers from taking him when he was beaten by the settlers despite the presence of the soldiers who did not intervene to stop them.

Israeli settlers have recently intensified their presence at the Palestinian archeological site as the army closes the area for the Palestinian residents, who fear the settlers want to eventually take over the site and establish a settlement in the area.