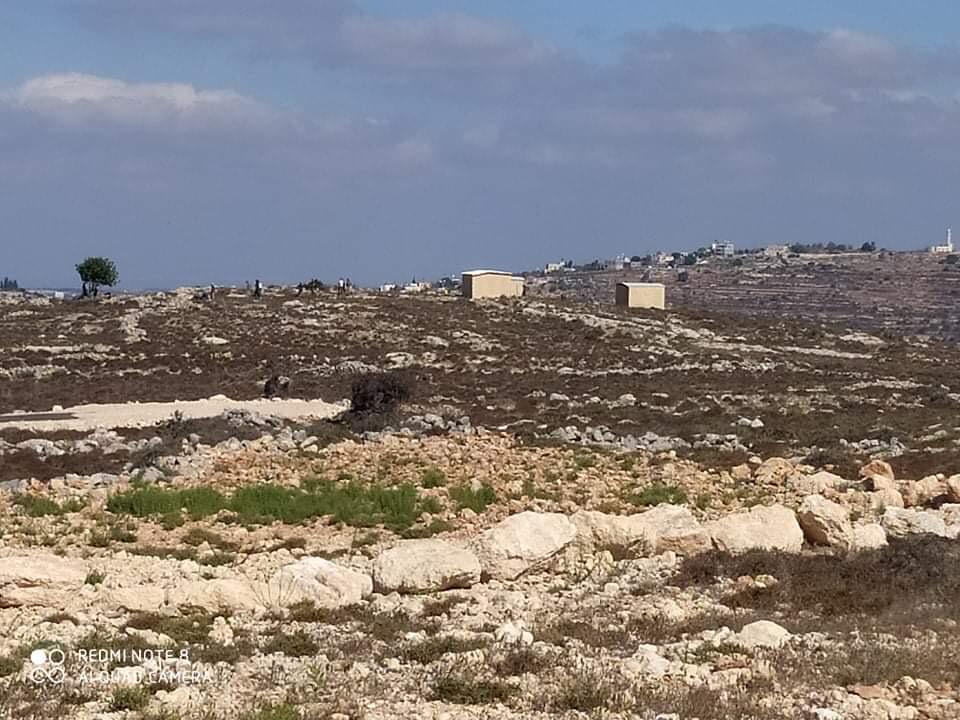 An Israeli settlement outpost in the occupied territories. (File photo)

BETHLEHEM, Monday, April 05, 2021 (WAFA) – Israeli settlers today re-erected two tents on a plot of Palestinian-owned land in the town of Taqou, to the east of Bethlehem, which is usually a prelude to taking it over, according to local sources.

Tayseer Abu Mufreh, director at Taqou municipality, told WAFA that Israeli settlers, protected by the occupation army, re-erected two tents on a plot of land after they were removed by the owners of the land a week ago.

He pointed out that this measure comes as a prelude to seizing the land for the construction of a new colonial settlement there, which would prevent Palestinian landowners' access to their lands.