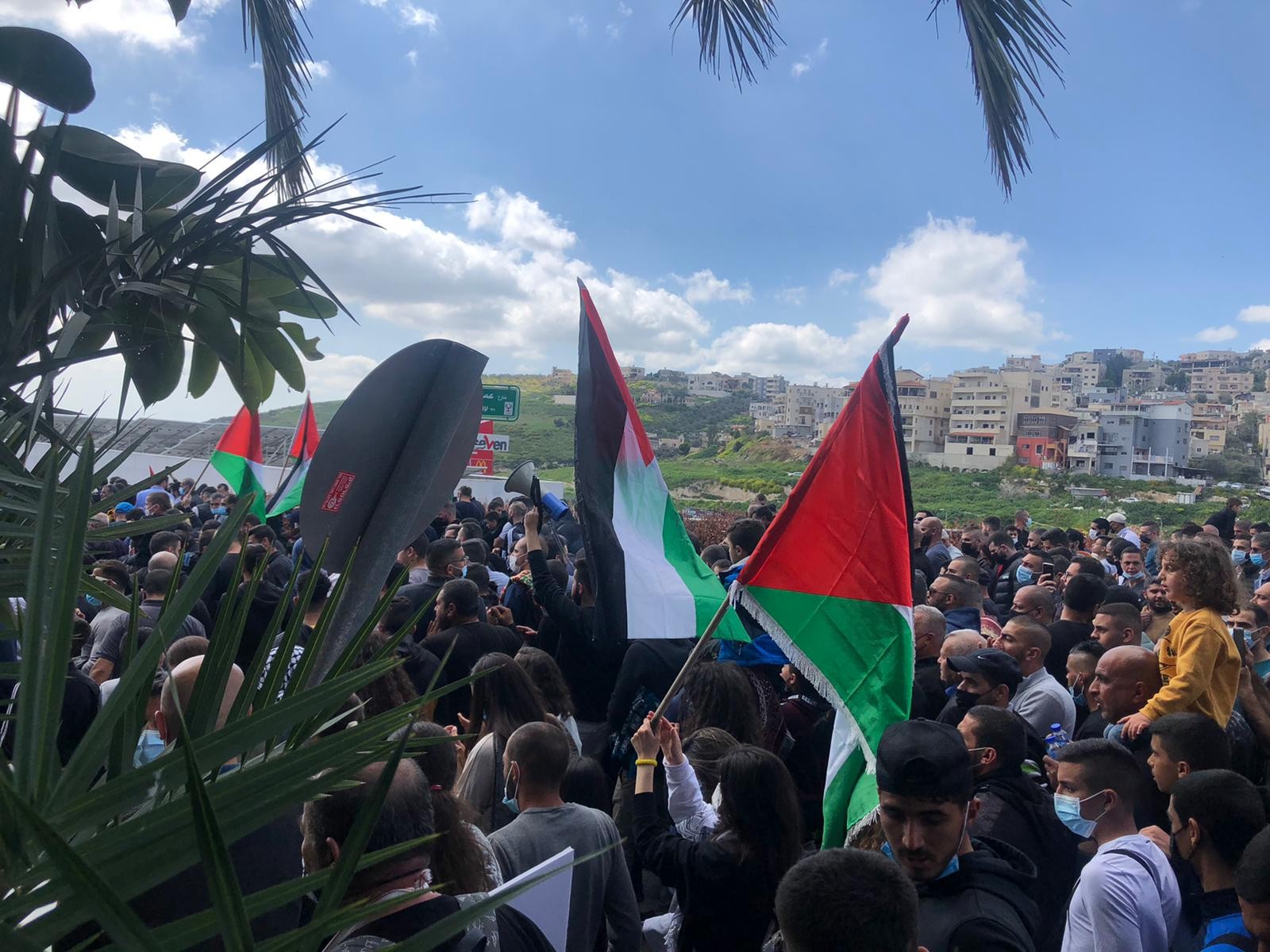 UMM AL-FAHM, Friday, March 19, 2021 (WAFA) – Hundreds of Palestinian protesters took part in two rallies today in the city of Umm al-Fahm and Qalansawe, in Israeli-occupied historical Palestine, to express their resentment over Israeli police tolerance of criminality and collaboration with outlaws and criminal gangs.

In the city of Umm al-Fahm, hundreds of protesters performed Friday prayers and held a vigil outside Israeli Police station in the city, chanting slogans that condemned the police for failure to end an ongoing crime wave and even collaboration with outlaws.

In Qalansawe, protesters gathered at the east entrance to the city and blocked the main road to the traffic. The protesters chanted slogans against criminality and violence, and against Israeli Police's failure to investigate civil crimes in the Arab-majority communities in the country.

Early today morning, two Palestinian young men were killed when a gunman raided a home and opened gunfire at them at point blank range in Qalansawe.

The latest crime beings up the number of Palestinian nationals of Israel killed in domestic crimes since the beginning of the year to 21.

Arabs in today's Israel are f Palestinians who stayed on their land following the creation of the occupying state in 1948 and their descendants. They make up about 20 percent of the country's nine million people.