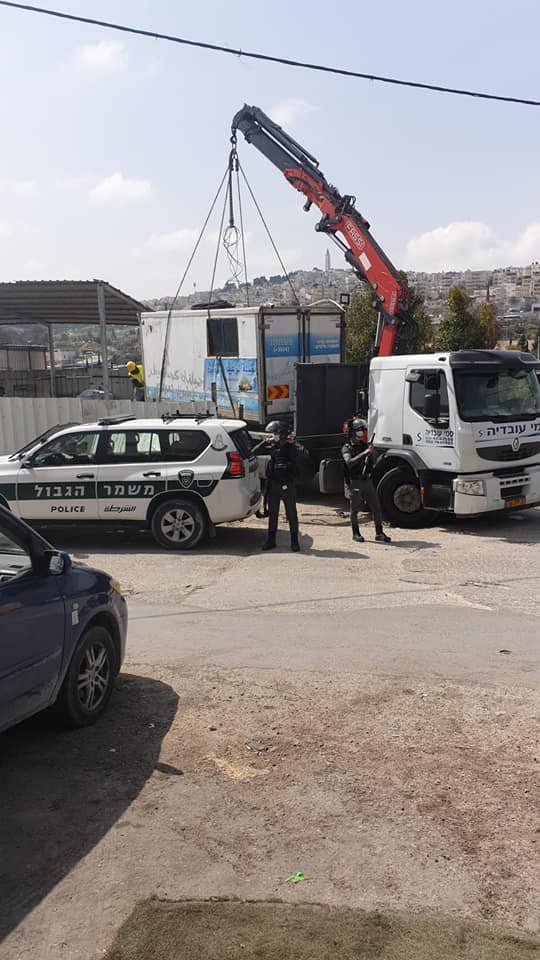 Israeli occupation forces seizing a caravan used as shelter for a Palestinian family in the occupied territories.

JERUSALEM, Tuesday, March 16, 2021 (WAFA) – Israeli occupation forces today dismantled and seized three caravans used as shelters in the village of al-Zayyem, east of Jerusalem, under the pretext they were set up without a permit, according to a local official.

Mohammad Abu Ziad, director of al-Zayyam village council, told WAFA that the forces dismantled and seized three caravans owned by two brothers and another resident, and also seized a container set up at the entrance to the village.

Israel claimed the structures were set up without a permit, he said.