Al-Maliki planning a trip to The Hague, to discuss steps forward with ICC chief prosecutor 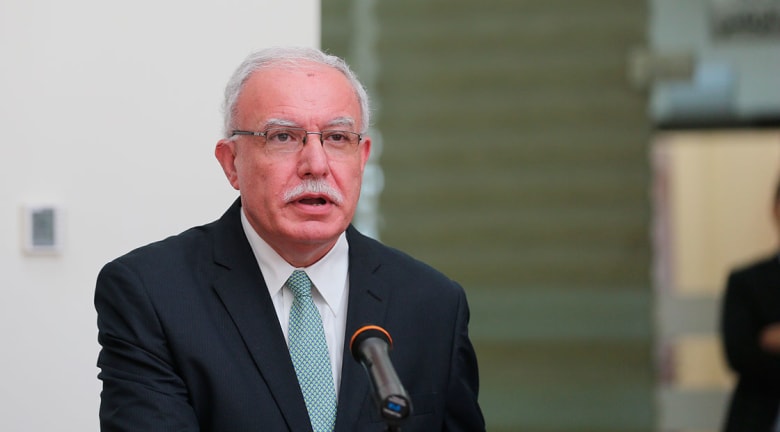 RAMALLAH, Sunday, March 07, 2021 (WAFA) – Minister of Foreign Affairs and Expatriates Riyad al-Maliki said today that he will be visiting The Hague soon, and that he's scheduled to meet with the Chief Prosecutor of the International Criminal Court to discuss the next steps following ICC's decision to open a probe into Israeli war crimes in Palestine.

Speaking during a TV show hosted by Palestine TV, al-Maliki said talks will be held with the ICC chief prosecutor about the next steps in the way to investigating Israeli war crimes. In addition, he said the two sides will discuss the date for starting practical steps on the ground, the measures required from the Palestinian side, and the timing for the arrival of the first delegations of the Court for the launch of the investigation.

The Foreign Minister said the Palestinian side was conducting an evaluation of the overall situation and setting up an action plan and a strategy to work with the Court.

He pointed out that an assessment of the mechanism of action and the required human, expert, local, Arab and international needs was being made ahead of the launch of the ICC investigation.

Al-Malki added that the Palestinian side will also need to adapt domestic laws with the Rome Statute regarding the opening of investigations at the level of local Palestinian courts and on other matters.

He said that if Israel and the United States planned to go to the UN Security Council in order to take a step to suspend the investigation for a period of 12 months, the Palestinian side will most likely be able to thwart such a step through "friends" in the Security Council who have the right of veto.