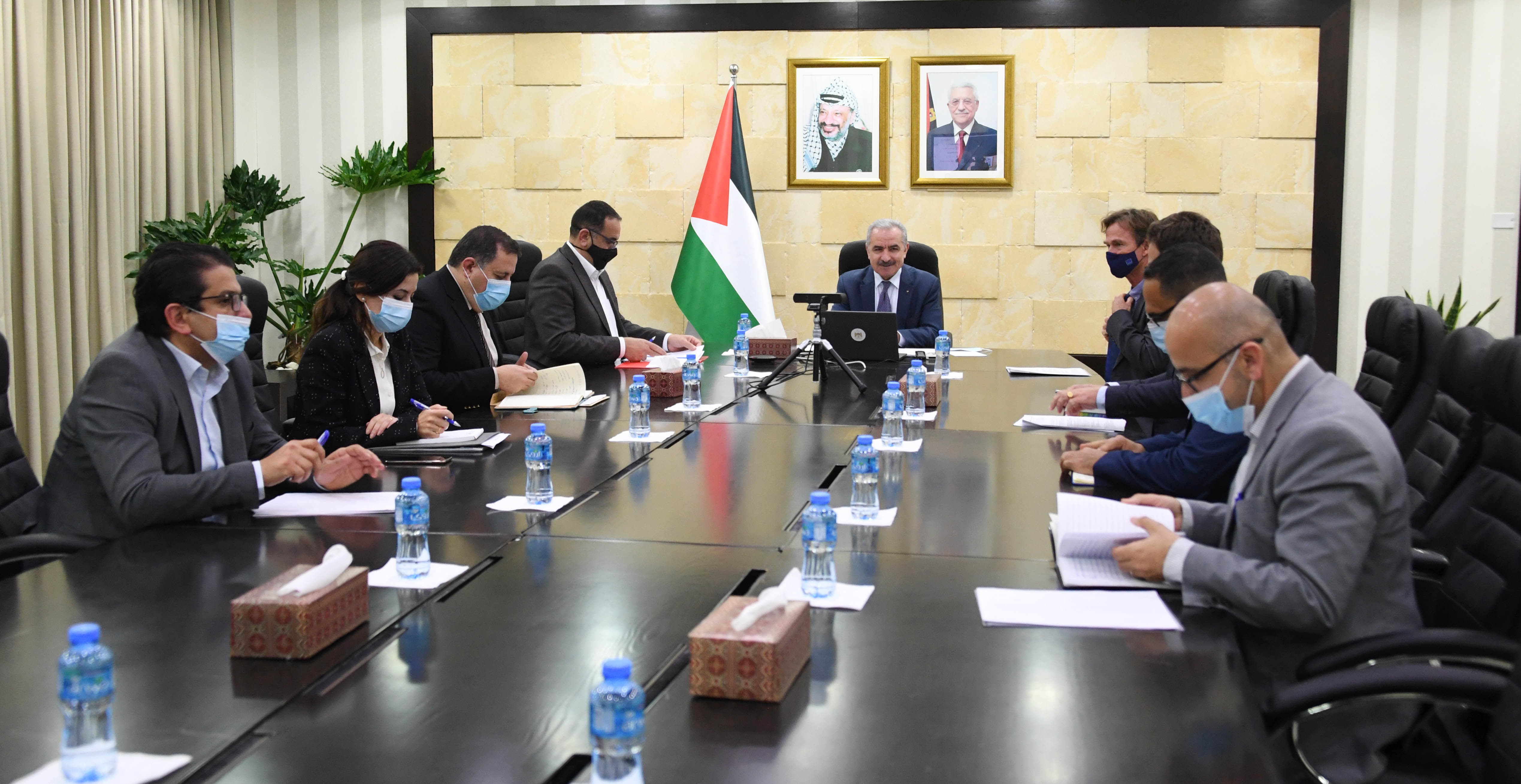 Shtayyeh today held a meeting in his office in Ramallah to discuss the gas pipeline project to the Gaza Strip in the presence of the EU Representative Sven Burgsdorff, and by video link with the head of the Qatari Committee for the Reconstruction of Gaza, Mohammad al-Emadi.

The Prime Minister stressed the importance of this project which aims to transport gas from Israel to the power generation station in the Gaza Strip in order to provide higher and uninterrupted electrical current in a move that would solve the electricity problem in Gaza.

The meeting also discussed plans to develop the Gaza power station and convert it to work on gas, in addition to waiting for the final response from Israel on this project.