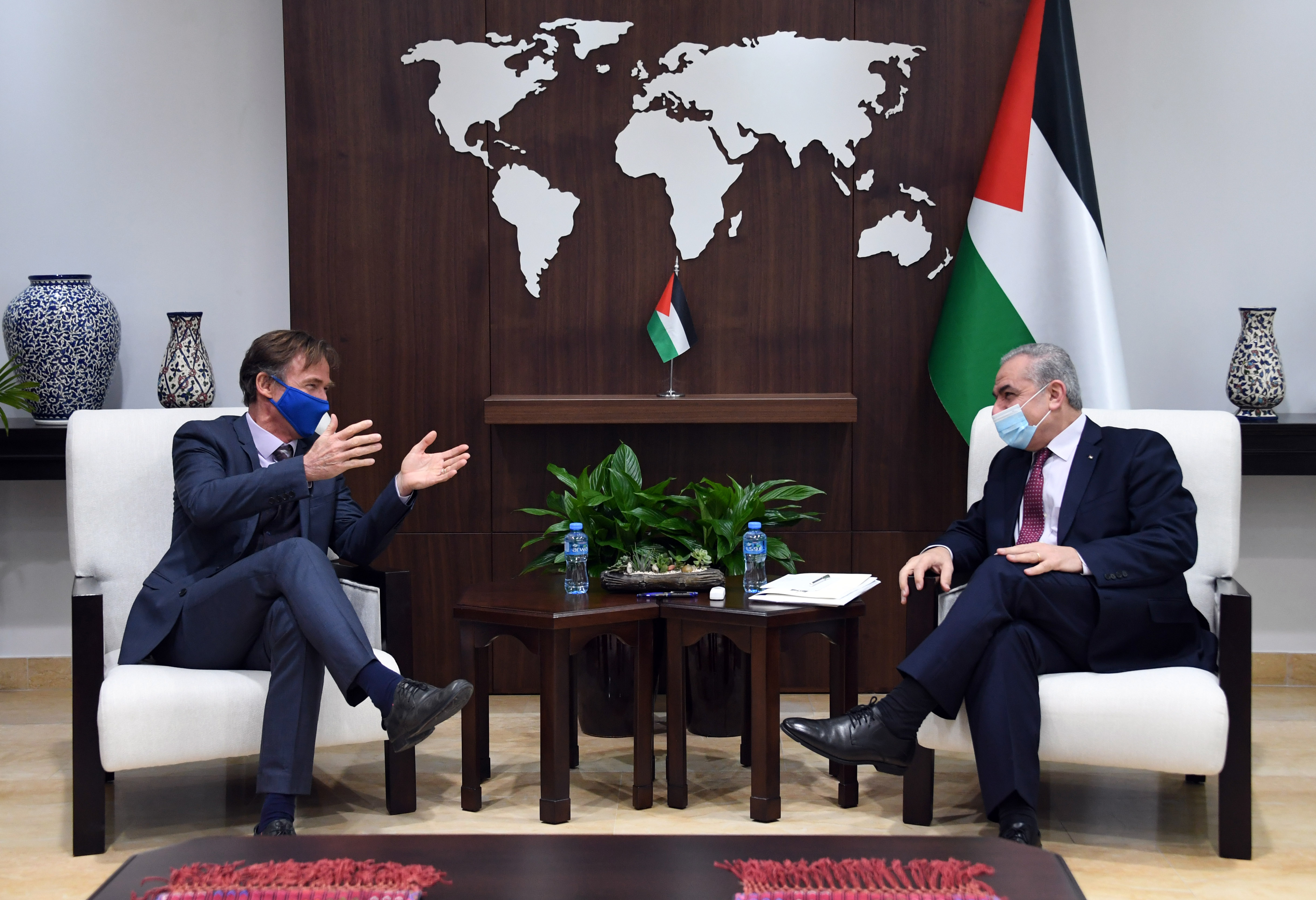 At a meeting in his office in Ramallah, Shtayyeh discussed the issue of feeding Gaza's power plant with the natural gas needed to operate it, as well as the European Union and Qatar’s contribution to delivering the gas to the station in a way that ensures the regular supply of electricity in the besieged Gaza Strip.

"We are working with the European Union and Qatar to radically address Gaza’s electricity, and a meeting of all parties will soon be held to address this issue," said Shtayyeh during the meeting.

Shtayyeh briefed Burgsdorff on the latest developments regarding the ongoing preparations for holding the general elections in Palestine and discussed coordinating positions for the Ad Hoc Liaison Committee (AHLC) meeting, which will be held in New York at the end of this month.

They also discussed the implementation of a number of developmental projects, especially those targeting the energy and education sectors, particularly in the Gaza Strip.

For his part, The EU representative affirmed the European Union's readiness to work to support the government's efforts to make the electoral process a success, and its efforts to develop the quality of services provided to the energy and education sectors in Palestine.