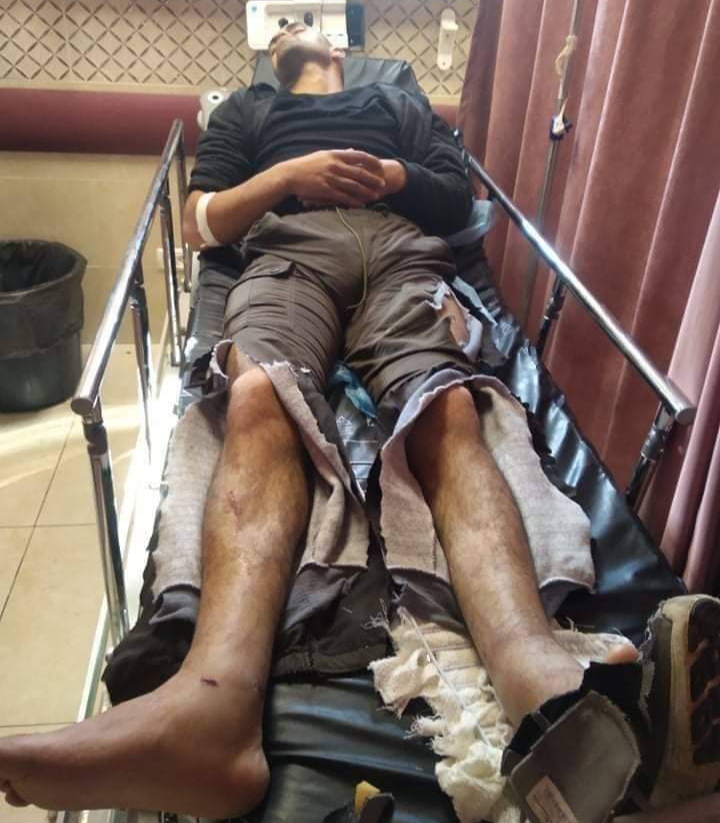 Nassir Amer, 31, is lying down on a hospital bed in Rafidia Public Hospital in Nablus from serious wounds sustained during an attack by hardcore Israeli settlers, February 12, 2021.

NABLUS, Friday, February 12, 2021 (WAFA) - A Palestinian man was seriously injured on Friday evening after he was assaulted and beaten up by colonial Israeli settlers and occupation soldiers in the village of Kafr Qallil, south of Nablus in the occupied West Bank, according to witnesses.

Hayel Amer, a local Palestinian citizen from Kafr Qallil, said Israeli settlers who were accompanied by a military escort assaulted and beat up his brother, Nassir, causing him serious wounds and fractures across his body.

Amer said his brother was rushed to nearby Rafidia Public Hospital in Nablus for medical treatment, where he was expected to undergo multiple badly-needed surgeries.

Earlier today, two Palestinian women were assaulted and injured by hardcore settlers near the abandoned Israeli settlement of Homesh, north of Nablus.