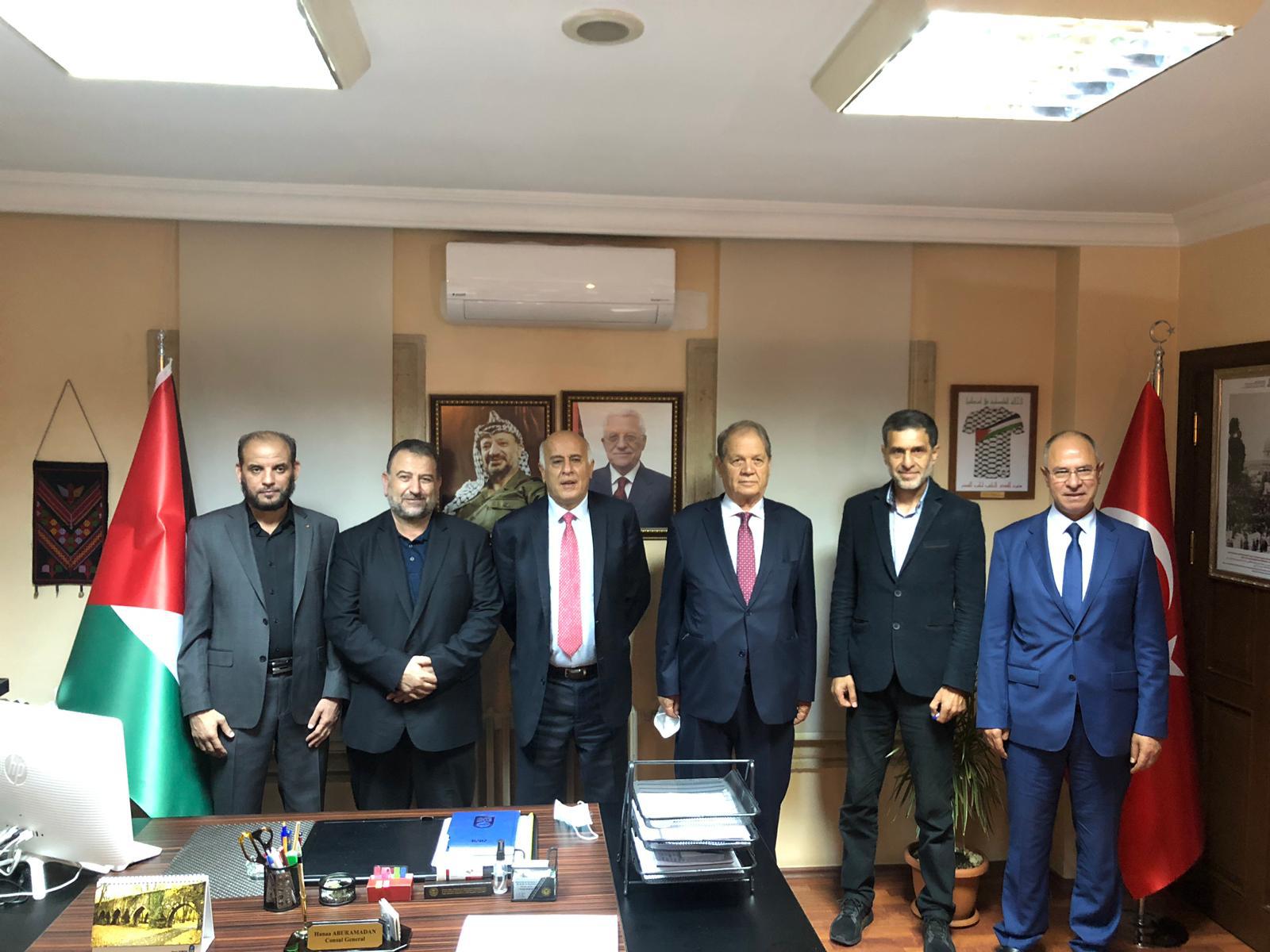 Fatah official, Jibril Rjoub (third from left), meeting with Hamas officials in one of their meetings in Istanbul. (File photo)

RAMALLAH, Tuesday, January 26, 2021 (WAFA) – Fatah official and member of its Central Committee, Jibril Rjoub, said last night that Fatah movement is going to run for the upcoming legislative elections planned for May 22 as one list.

He told Palestine TV that the list will be decided on based on certain dimensions agreed on in the Fatah Central Committee meeting held on Sunday which are the geographic, historical, religious, gender, academic, economic, unionist, and social dimensions, adding that Fatah may raise the women quota to 30 percent and that it will include a large number of young members.

Rjoub also said that he will supervise consultations with two Fatah Central Committee members who are imprisoned by Israel, Marwan Barghouti and Karim Younis, calling on all prisoners to share their views and ideas on the elections.

He said that Fatah is not after forming one joint list with all the factions, but that it is not against it if the conditions and Fatah’s views are taken into consideration.

"We look forward to coming up with a Fatah vision based on a full commitment to the democratic track in its three phases: our commitment to the meeting of the general secretaries of the factions, which met last September, the subsequent understandings between Fatah and Hamas in Istanbul, and the third is a commitment to build a national front that has to do with international legality," said the Fatah official.

He said the upcoming meeting in Cairo will discuss some of the outstanding issues before holding the elections and its recommendations will be put before President Mahmoud Abbas to turn them over to a "national coalition government" for implementation.